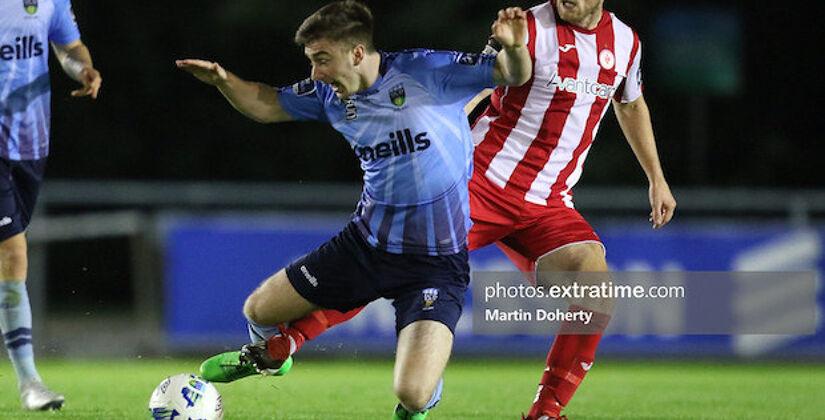 Sligo Rovers will be looking to stop the rot when they take on UCD in the Showgrounds on Saturday night (kick-off 7.45pm).

The Bit O’Red have not scored a goal since the 2-2 draw with Shamrock Rovers in Tallaght Stadium before the international break. They have also lost their last two games, losing 1-0 to both Shelbourne and Bohemians at home within the last week.

Speaking to the club website ahead of the clash with UCD, manager Liam Buckley said, “‘We’re well aware we need to improve our overall performance level. I did feel we improved on the Shelbourne performance against Bohs and we’ll be looking to improve on that again tomorrow.

“While the results didn’t go for us, they were two very tight games and as I have said many times the first goal in this league is important so we will be looking to come out do that tomorrow night and attack from the start.

“As the table shows it is so tight and we want to make sure if a gap does start appearing that we are on the right side of it.

“UCD are always a threat as they have such good young talent in their team. We know all about some of their players and have watched them plenty of times so far this season, so we’ll have a plan in place and look to overcome their threats.”

In team news, striker Aidan Keena remains a doubt, as he will undergo a late fitness test before kick-off.

The Students come to the Showgrounds in search of their first three points of the season. They currently sit bottom of the table with just three points, having drawn with Bohemians, Shelbourne and Finn Harps so far this season.

Speaking to extratime.com after their most recent defeat to Derry City, manager Andy Myler said, “It will be interesting at both ends of the table.

“We aren't too worried where we are points wise. There is plenty of time. It is a really competitive league. We know in the second series of games, if we can get two or three wins in there - easier said than done - it would shoot us right up the table.

“We just keep need to working hard, believe in what we are doing. We have the players that can hurt teams.

"Truthfully we haven't had too much of a break in the first series of games. We need a decision to have gone our way once or twice but it hasn't. We hope that it evens out over the season.”

There will be a bit of an edge to this fixture, as UCD captain Jack Keaney, and star man so far this season, Liam Kerrigan, both graduated from the Sligo Rovers academy. Kerrigan hails from Sligo, and is a first cousin of ex-Rovers striker Johnny Kenny.

Sligo Rovers and UCD have not faced each other since the 2020 season, when Rovers made the trip to Belfield for an FAI Cup quarter-final tie. The Bit O’ Red ran out as 3-1 winners, with Kyle Callan-McFadden, Jesse Devers and Ronan Coughlan got the goals for Sligo Rovers, after another Sligo academy graduate, Paul Doyle, had opened the scoring.