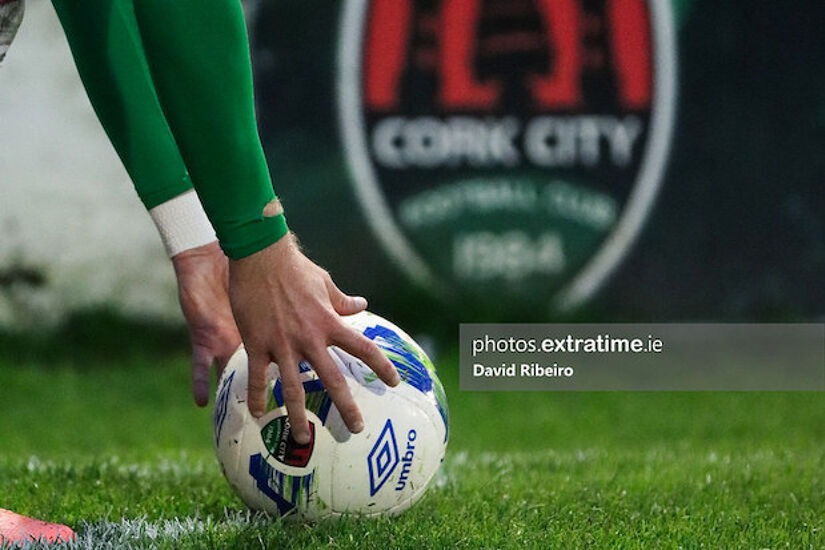 The Leesiders come into this game sitting proudly on top of the First Division table and fully 20 points ahead of Wexford.

For added context the points gap between them is five more than Wexford have so far managed to gather all season.

And then there’s the goal difference. While Colin Healy’s side have racked up a g/d of plus 26, Wexford are staring down the barrel of a minus 10, which represents a swing of 36 goals.

If you want to add one more ingredient to that particular pot you could point out that Cork have a game in hand on their visitors from the South East.

All of which should point the way to a convincing home victory on Friday night when the two teams join battle for the second time this year (kick-off 7.45 pm). However before lumping the mortgage on it, it’s worth remembering what happened the last time these sides met.

Back in early April at Ferrycarrig Park after Cork went ahead just five minutes into the match there followed 85 minutes in which Wexford matched their opponents. City took the points but the avalanche never came and Wexford would have considered themselves unfortunate on the night.

There is hope then, if Wexford can summon the spirit of that April evening, but while statistics can never tell the whole story they are often justifiably persuasive.

City are on a run of five successive wins and haven’t actually lost since they went down to joint table-toppers Galway United on the second weekend of the season.

It’s also worth noting that Wexford, if they are to keep City out, are not dealing with just one point of attack. City can, and do, score from all over the pitch. Barry Coffey, Ruairi Keating, Cian Murphy and Cian Bargary have all equalled or bettered Wexford’s top-scorer, Aaron Dobbs, and even City centre back Ally Gilchrist has netted twice.

In team news, Dylan McGlade has returned to full training but must be rated doubtful having been out for so long, while Gordon Walker has begun training after his injury. Alec Byrne remains out and is a few weeks away from a return.

Wexford go into the weekend in sixth place in the 2022 nine-team First Division. From their 15 league games to date they have gathered 15 points, a total made up of four wins and three draws.

The eight defeats that have gone alongside these more positive results mean that Ian Ryan’s men have come out smiling from just under half of their games.

But beyond the stats there is a positive feeling around this Wexford team. Performances have often exceeded results and they could count themselves unlucky to not get something from their 1-0 defeat to Cork City earlier this season.

Alex Moody is a fine shot stopper and has impressed as Wexford’s last line of defence. They have experience in the shape of midfielder Conor Barry and defender Lorcan Fitzgerald, although Fitzgerald will be suspended for the trip to Cork.

They have creativity in midfield too, with young Harry Groome willing and able to do the unexpected in midfield. Up front Jack Doherty works tirelessly while his partner in crime, Aaron Dobbs, knows where the goal is.

The question this weekend is whether these qualities will be enough to create a shock in the back yard of the league leaders?

Last weekend Wexford suffered a morale sapping 4-0 defeat to joint leaders Galway United, and they have won just one of their last six matches. In fact, all of their wins this season have come against either Athlone Town or Cobh Ramblers, both of whom are below Wexford in the table.

In truth, it’s difficult to see beyond a ninth league defeat for Ryan’s charges on Friday night. Anecdotes aside, the statistics are simply not in their favour.

Cian Murphy scored the only goal of the game in these teams’ previous encounter this season, a 1-0 win for Cork City in Ferrycarrig Park on April 1st.