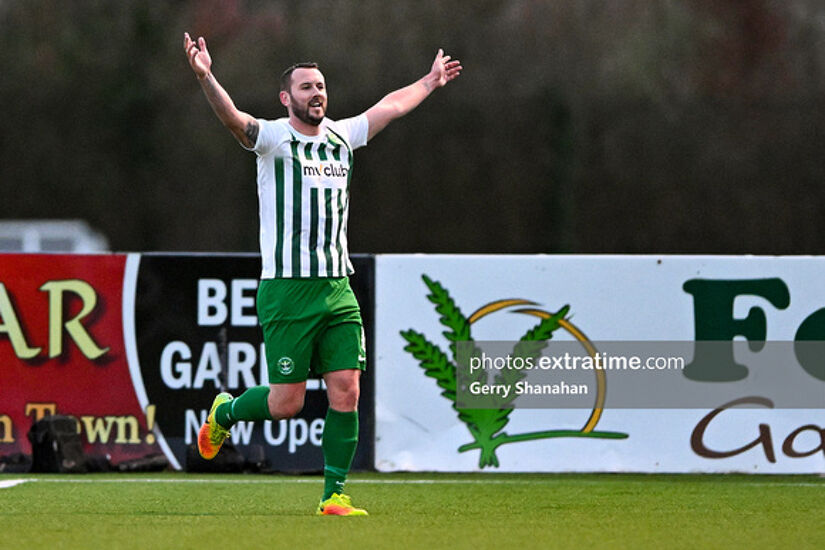 Kurtis Byrne has been an important player for Bray Wanderers this season Credit: Gerry Shanahan (ETPhotos)

The Tribesmen have recently announced plans to develop a state of the art training centre in Athenry and planning permission has been submitted to commence its construction. However, on the field, John Caulfield’s men need to build a set of positive results to challenge his former outfit Cork City for the First Division title.

City currently hold a three point lead at the top of the table with a handsome goal difference to boot, however they have also played an extra game than Galway and two more than Longford Town.

Since suffering defeat at the hands of the Midlanders, Galway are currently on a three match unbeaten run with 1-0 wins at home to Cobh Ramblers and away to Waterford sandwiching a last gasp draw at home to Wexford.

With four goals and two assists to his name, Stephen Walsh has been a goalscoring revelation for the Westerners this season.

His traditional left back slot has been taken by teenager Alex Murphy whose potential may end up seeing him following in the footsteps of another ex United underage prospect Dara Costelloe who made the Burnley first team bench in the Premier League for the first time this season after a stellar campaign with the Clarets’ Under 23 outfit.

“It was pleasing winning in Waterford but Bray will be a new challenge. We have to make sure we give a top performance and get consistency into our game.

“We have a number of home games between now and the break so we have to make the home advantage count. The atmosphere at our home matches has been really good so I encourage people to get to the game and get behind the team.”

The Seagulls travel west lying seventh in the table with exactly half the number of points to their hosts tonight. However, Pat Devlin’s outfit travelled to Cork City last Friday and took a point off the league leaders to record their fourth draw, and third clean sheet, in a row.

The Wicklowmen’s last gasp defeat to Longford Town on Easter Monday, courtesy  of a late strike from their former player Darren Craven, was their first defeat in seven games.

Prior to succumbing to the Midlanders, Galway United were the last team to defeat Bray as they won 3-1 at the Carlisle Grounds in March courtesy of goals from David Hurley (penalty), Stephen Walsh and a late strike from Shane Doherty.

Hugh Douglas’ response for Bray was the first goal Wanderers had scored in the league following defeats to Cork City and Waterford in the opening two games of the season. Kurtis Byrne is their current top league goalscorer with a brace while he also has a couple of assists.

Bray Wanderers have picked up 8 of their ten league points on the road so far this season, with wins against Longford Town and Cobh Ramblers and draws at Cork City and Athlone Town. Galway United's home form has seen them unbeaten in four home games at Eamon Deacy Park so far this season- wins against Treaty United and Cobh Ramblers and draws against both Waterford and Wexford leading to 8 points. Their other 12 points have been accumulated courtesy of 4 wins on the road, with a single defeat away to Longford Town the only blemish on their away record in 2022.

The last competitive clash between the sides at Eamonn Deacy Park was the second leg of the Play Offs last season where a Brandon Kavanagh goal was all that seperated the sides after 180 plus minutes of football. In the regular season, Wilson Waweru was the matchwinner in the penultimate series of games as Galway United recorded a 1-0 victory.