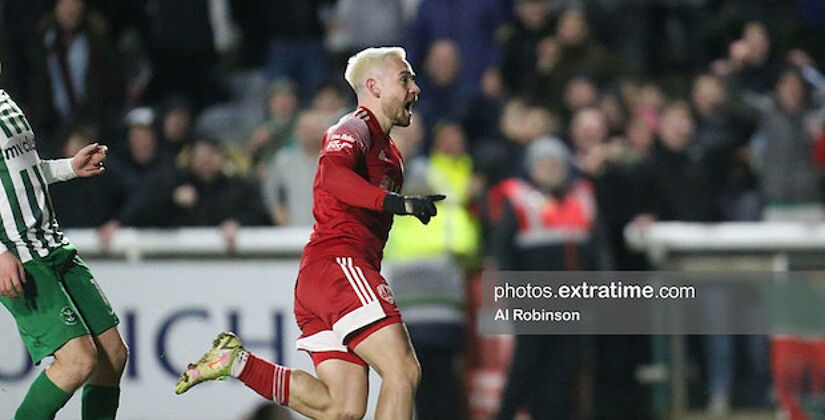 Both clubs have now completed one full round of First Division fixtures and find themselves facing the reverse of their opening night game, played at the Carlisle Grounds, two months ago on the 18th February.

As the two squads sit in their opposing dressing rooms ahead of this fixture, the elephant in the room will be the unforgiving scoreline that night when City, leading by just a single goal at half-time, ran out 6-0 winners.

City had a dreadful season in 2021 but that scoreline was an early declaration by Colin Healy’s side that 2022 would be a different story. And even this early on the Rebels will now feel that anything less than winning the title would be a disappointment.

That said, City stuttered somewhat after that night in Bray, losing their next game at home to Galway United, and then drawing with Longford Town in the midlands. But since then they have racked up five successive victories with the concession of just one goal.

With eight games played they have scored 19 goals and conceded just two, serving up a goal difference of plus 17.

This bright start has been reflected at the turnstiles with an average attendance at Turner’s Cross of 3,747 after four home games.

True, each successive attendance has been down on the previous one but the Leesiders know that every time they step out at the Cross they will receive vociferous backing.

City go into the game without the injured trio of Dylan McGlade, Gordon Walker and Alec Byrne, while James Doona and George Heaven are doubtful.

Cian Coleman continues his reintroduction following injury and having sat on the bench last weekend against Wexford he should be available.

One of Pat Devlin’s concerns in the lead up to this game will be whether the memory of his side’s opening night thrashing by Cork City will have a positive or negative effect.

Having been beaten 6-0 the last time they met there will inevitably be some trepidation in the away dressing room and the challenge will be to fully mobilise their professional pride and make sure that doesn’t happen again.

In the wake of that defeat the Seagulls went on to lose their next two league games, failing to register a single point from their opening three fixtures.

But since then their ship has steadied and they are now unbeaten in five with wins against Longford Town and Cobh Ramblers being followed by three draws.

With just five goals from their eight league matches Bray will be aware that their hit rate needs to improve and that any chances created on Friday night will need to be ruthlessly taken if they want to take any points from the current leaders.

Substitute Darragh Lynch showed the way in that regard, scoring an absolute belter in the 1-0 win away at Cobh, and Kurtis Byrne has scored twice so far for the Seagulls but point man, Rob Manley, is yet to hit the net.

Defensively Wanderers have been more impressive despite shipping six to City in that opening game. Marshalled by the vastly experienced Hugh Douglas, they have kept three clean sheets from their last seven games and conceded just once in three of the remaining four matches.

Douglas missed the club’s last league outing against Treaty United due to injury and whether he makes it back into the starting XI may have a lot to do with Bray’s chances against free-scoring City.

Bray’s leading scorer is Kurtis Byrne with two of the Seagull’s five league goals this season, both of which were scored in the midlands, against Longford Town and Athlone Town.

All three of last season’s encounters between these teams ended in a draw. Both games at the Carlisle Grounds finished scoreless while the game in Cork ended 2-2.

Chloe Mustaki on benefit of warmup game v Ireland boys u15 side ahead of match: 'It allowed us to wake up a little bit and realise that the pace of the game is going to be a lot quicker against Sweden than most of us are used to week in and week out.' https://t.co/IecsMTht1L pic.twitter.com/pv9RE0WCNl