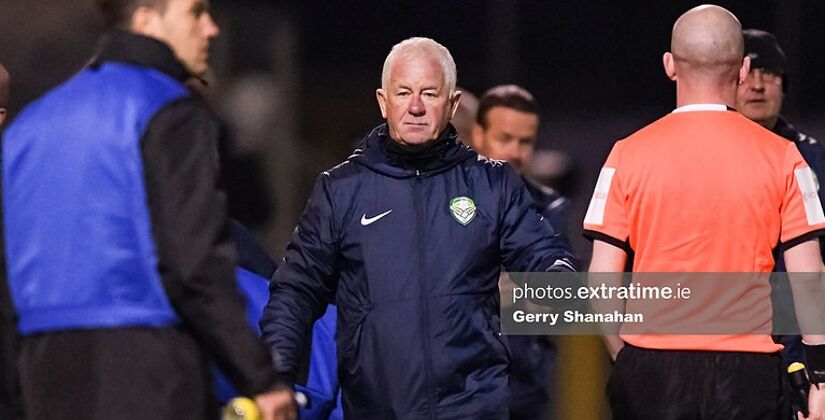 In the midst of a wretched losing streak, Cabinteely take on Bray Wanderers in the league on Friday night at Stradbrook Road (kick-off is at 7.45pm).

Cabo were easily swept aside last time out by First Division rivals Wexford in the FAI Cup.

And despite their recent downturn of form, Cabinteely assistant boss Eddie Gormley stressed that his charges remain committed to turning it around.

“It is going to be another tough game. Bray are a very good side. They are doing well in the league.

“Obviously we’ve had a little blip, but we will be working hard to try and get a result.”

He added: “It will be nice to have a bit of atmosphere in the ground. And with it being a derby, there should be a good crowd.

“Players will react differently to that, not having a crowd at games for a while now.

“We’ve had a good week of training. So, we’ll give it a shot and see what happens.”

After suffering a humbling 6-0 defeat in the FAI Cup last weekend, Bray Wanderers will be looking to shake off that disappointment when they return to league action.

Up next for Gary Cronin’s side is a clash against local rivals Cabinteely in a game where they have enjoyed much success in the last two outings.

They have recorded two successive 3-0 wins over the South Dubliner’s, but they have also failed two win on their last two visits to Stradbrook.

The most recent of which saw them crash to a heavy 4-0 defeat on the opening night of the 2020 season in horrendous conditions.

But they head into this game with a newfound confidence with the return of Callum Thompson to their side on loan from Longford Town.