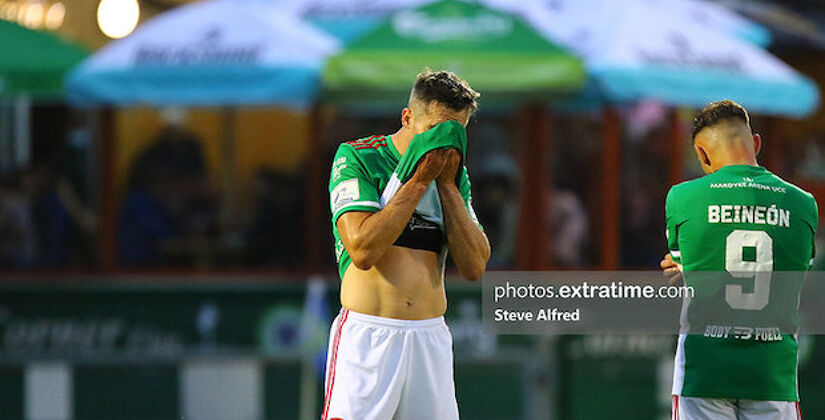 Wexford are very much adrift at the bottom on the First Division table on four points, having recorded only one win and one draw in the 15 games played so far this season.

They had a good 2-0 win away to Cabinteely back in late May and were involved in an eight-goal draw with Athlone Town before losing to UCD in their last match in Belfield last weekend.

They will view this Friday night’s match against Cork City as another possible three-pointer as the Leesiders are also struggling for form this year and sit just one place above them in the league table.

Wexford’s goals tally is not dissimilar to that any of the bottom four sides in the table. However it is their goals conceded record that has them in the unenviable position of propping up the table. They have conceded 34 goals so far and even when they picked up a point recently against Athlone Town they still managed to let in four goals.

The battle to avoid propping the table up at the end of the season could not be more evenly balanced as both sides come into the fixture with the same record over the previous six matches, each side having picked up four points out of a possible 18.

In team news, Jack Connolly has been ruled out with an ankle injury picked up at training while there are also injury doubts over Lorcan Fitzgerald, Thomas Considine and Cian Kelly.

Cork City looked like they were on their way to picking a valuable win at home to Bray Wanderers last weekend, being 2-0 up only to concede two late goals in the last nine minutes of the match with the result that they had to settle for a single point.

Colin Healy would not have expected to be second from the bottom of the table when he started the season but that is exactly where they sit after 15 rounds of games.

There goal difference of minus 2 is by far the best of the cluster of four clubs at the bottom of the table. However they still contrive to concede late goals and this is a major source of frustration to Healy, a point he articulated at this week’s media briefing.

“We played really well in the game against Bray,” he said. “I thought we could even have been further ahead at half time but we gave away some silly goals and we got punished. The performances have been much better lately, if we can be a small bit more clinical in front of goal and defend our own goal a bit better then we should be ok.’’

Cork’s biggest win of the season was against Wexford, a 5-0 win at home back on May 7th, but Healy thinks they will be a very different proposition on Friday night.

“They have improved a lot. They brought in one or two players. They still keep the same shape and are a good side. They were unlucky last weekend against UCD who got a late goal and before that they had a 4-4 draw with Athlone. They have some good attacking options and they will be a different side to the one we faced in Turner’s Cross.”

In team news, Josh Honahan is back training with the squad after a recent injury but Gordon Walker is a new injury worry for the Cork side.

Aside from Cork City’s recent 5-0 win at home in May, there is no real form guide to go on as the sides had not met before that since 2016.

Six of the seven previous encounters from 2011 to 2016 resulted in wins for City. There was a 1-1 draw in Turner’s Cross in April 2016. In that drawn match Eric Molloy scored for Wexford in the 11th minute and Mark O’ Sullivan equalised for City in the 85thminute.