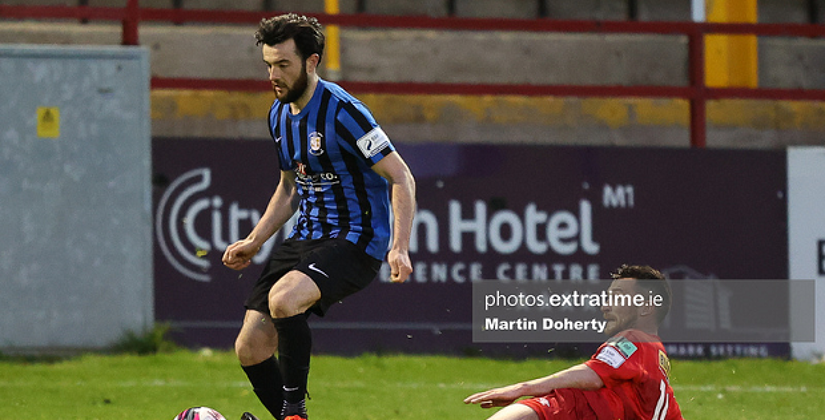 The Town will be looking to put an end to their losing streak when they host Cobh Ramblers at Athlone Town Stadium on Friday (kick-off 7.45pm).

After a bright start to the season Adrian Carberry’s side have now lost three games in a row.

A first half goal from Jack Lynch was enough to see the Limerick side past Athlone and draw the sides level on points in the First Division.

Carberry’s side will also have to start finding the net again, having scored relatively freely at the start of the season they have now failed to score in their last two games to compound their current struggles.

Athlone will still be the favourites going into this one and they have a good home record against Ramblers having not lost to Cobh in Lissywoolen since April 2018.

Stuart Ashton’s side are in a bad run of form having lost their last three League games.

Ramblers have also won just one of their games during this campaign with a 2-1 win over Wexford in April.

Last week Cobh opened the scoring against Shelbourne at St Colman’s Park when Conor Drinan found the net in the 16th minute.

The Reds were able to come back in the second half however, and goals from John Ross Wilson and Ryan Brennan gave Cobh their fifth loss of the season.

“We have to get the mentality right and get back to our solid foundation at the back,” Ashton said, speaking to the club’s media team.

“Last week we did well in the first half, we matched them [Shelbourne]. The turning point was the missed penalty.

“It would have given us freedom to express ourselves even more in the second half.

“We came in at half-time, said let’s keep doing the same things. It didn’t happen and we’ve looked at that during the week.

We know we can produce against the top teams, but we need to do that for 90 minutes.

“The lads believe in what we’re doing. If we keep it tight, cut out the mistakes and the poor decisions, we’ll give anyone a good game.

“We have to start showing that, it’s no good feeling sorry for ourselves. It’s putting us at the wrong end of the table and we have to put it right, hopefully tomorrow.”

In terms of team news Pierce Phillips and Stephen O’Leary have returned to full training this week while Caelin Rooney and Regix Madika remain absent through injury long term.

Ciaran Griffin is a doubt for Friday night’s game.

Cobh Ramblers haven’t beaten Athlone Town away from home since April 2018 when they ran out 4-1 winners.

Athlone Town have lost three games in a row coming into the weekend.

Cobh Ramblers have also lost their last three games in the First Division.