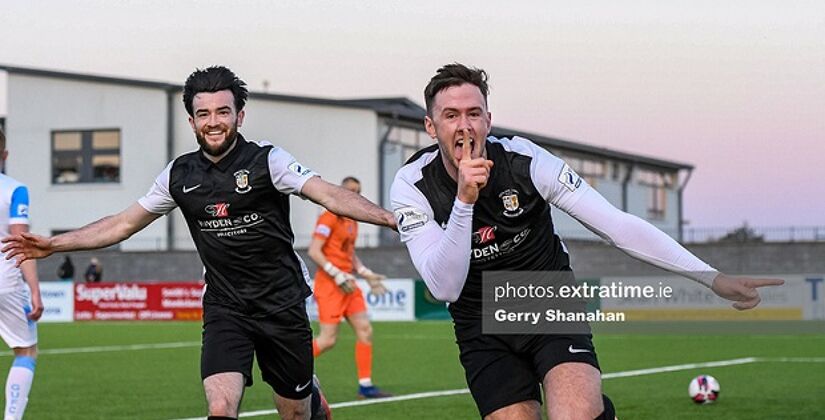 Athlone Town will be looking to maintain their unbeaten start to the 2021 season when they welcome Wexford to Lissywoolen on Friday evening (kick-off is at 7.45pm).

Adrian Carberry’s side have impressed so far this year – and their latest win away to Bray Wanderers was a further mark of their progression.

New signing Kurtis Byrne scored a brace for his new employer last weekend as they brought an end to Bray’s unbeaten start.

Athlone had in fact fallen behind in the 7th minute thanks to a superb Dylan Barnett strike – but they were ahead just seven minutes later.

The Blue and Black of the Midlands could not have asked for a better start to the season, but their manager Carberry will be acutely that is all it is – a start.

In terms of team news – Athlone have not issued any. But they do not have any players carrying a suspension into this game against Wexford.

After a disappointing start to the season results wise, Wexford will be looking to get on the winning column for the first time when they visit Athlone Town.

And Athlone are no different. In previous season’s Wexford may have eyed up the games against Athlone as a potential for three points.

However, this year has seen Athlone soar to top spot after just four league games – while Wexford remain rooted to bottom spot.

Saying that, O’Sullivan’s charges will be looking at this game as an opportunity to get back their season up and running.

In terms of team news for Wexford, Cameron Power is ruled out with injury. Jack Connolly and Ayman Yousif are rated as doubts but are accelerating their return to full fitness.

Athlone Town have won their last three league games on the spin – and are unbeaten so far in the First Division this season.

Wexford however are winless but have only lost each game they have lost by a single goal.