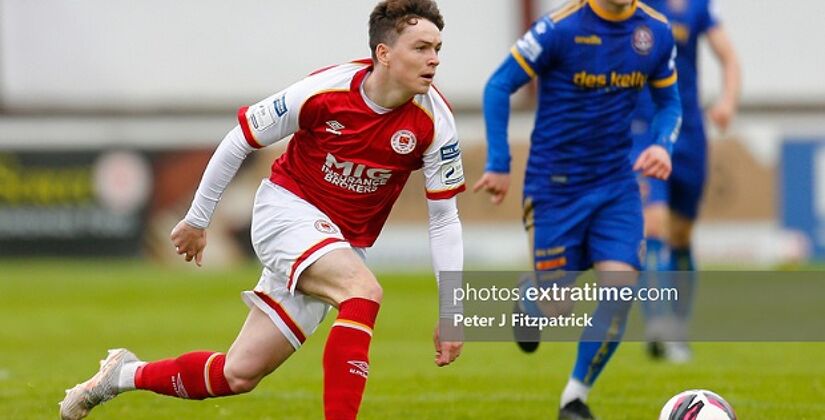 Dundalk will be hoping there is no European hangover this weekend as they host title-chasing St Patrick’s Athletic on Sunday afternoon at Oriel Park (kick-off is at 3pm).

The Lilywhites earned a famous draw away to Vitesse Arnhem on Thursday night, with a Patrick McEleney brace proving its weight in gold for the visitors.

The future Derry City man gave Dundalk the lead after they had fallen behind in the first-half thanks to a Matuk Bero opener.

Dundalk then levelled in the second-half through McEleney who headed home a Raivis Jurkovskis cross before then putting them ahead with a superb goal.

McEleney burst through following an excellent through ball from Sam Stanton, standing up the keeper before dinking the ball over him to give his side a then 2-1 lead.

But the Lilywhites could not hold out as Lois Openda levelled matters in the 89th minute with a bicycle kick.

He would however be sent off moments later, leaving the tie firmly in the balance ahead of next week’s second-leg at Tallaght Stadium.

In terms of Sunday’s game however, Dundalk have yet to issue team news. They have no players suspended, however.

After a disappointing derby defeat to Shamrock Rovers last time out, St Patrick’s Athletic are back in league action this weekend as they take on Dundalk.

The Saints will be hoping to get back to winning ways this weekend to keep the pressure on the Hoops. But it is a task that they are looking forward to according to their boss Stephen O’Donnell.

“It is a game we are looking forward to,” the Athletic’s boss O’Donnell told his club’s media team.

“Shamrock Rovers away and Dundalk away, the two standard bearers probably over the last few years domestically so two of the toughest games you can get, and we are under no illusions, it's going to be a very difficult game on Sunday.

“They've got very good players. They've had positive results recently and they will be going into the game full of confidence.

“They've played Vitesse Arnhem before we play them and we are sandwiched in between both legs, but the bottom line is, it is about players and Dundalk have the top echelon of players in the league and they seem to be playing well at this minute and time, but we are under no illusions the task ahead.

“We have some very good players as well and it is a game we are really looking forward to.”