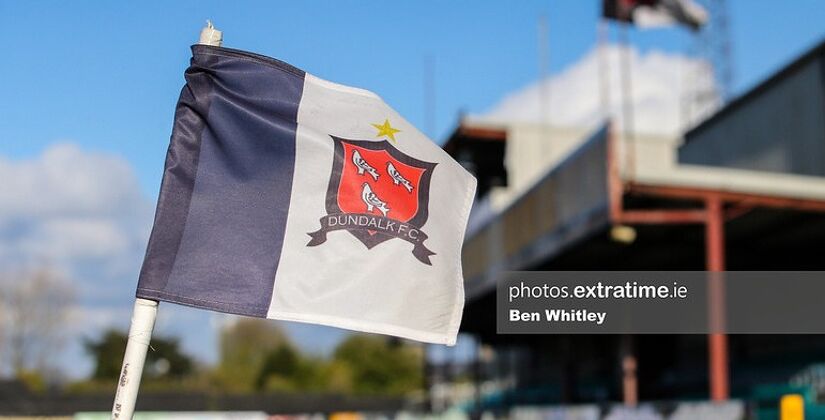 The Lilywhites will be hoping to halt a dismal start to their season by getting some points on the board. Their solitary point, from an away game to Sligo, sees them occupying second from bottom spot at the moment. They are nine points behind their visitors, who occupy top spot.

Speaking to DundalkFC.com, goalkeeper Peter Cherrie described this as a ‘must win game’ in the context of recent form and how their challenge is compounded by having Stephen O’Donnell as the opposition manager: "It’s going to be a tough one. Stevie O’Donnell, he knows this club inside out and he knows the players inside out."

Poor league form has heaped pressure on the Lilywhites. Some critics have pointed to the convoluted management structure as a cause, others to this team still bedding in and others still, to a failure to retain key players and strengthen in other areas.

Despite this ridicule, and what may turn out to be Dundalk’s worst ever start to a season, Coach Giuseppe Rossi, said his team were still in good spirits and were focused on the task at hand, albeit well aware of the magnitude of the next few games. "The morale in the team is high, which is important, and the players all know how important this game is for us to get our season started. If we win, it can start us on a run. This team just needs a little click. We have a great group of players and we just need them to come through this moment.

"For us, this is a crucial game. We have no more time to make any more mistakes and we must feel this pressure because the reality is, we are almost bottom of the league. We can’t stay there any longer. We have to approach the game like there is no tomorrow and we have to show it to St Pat’s right from the first second."

The Dundalk squad will be boosted by the return of Sonni Nattestad (exiting quarantine) and potentially Sean Murray (who returned from injury to train with the team this week).

Pats have had a very positive start to their season. A last minute equalizer from Shamrock Rovers in the opening game, denied the Saints a perfect record so far. They have picked up 10 points from a possible 12 and won their last three on the trot.

The Saints set up has many faces that will be familiar with the home dressing room in Oriel. Robbie Benson, Paddy Barrett and John Mountney and Stephen O’Donnell are all former Lilywhites. It’s clear that Stephen O’Donnell wants to try and syphon some of that success down to Richmond Park. He will get a good chance to lay down a marker in Oriel with this game.

St Patrick’s and Dundalk met twice last season, both 1-1 affairs and on both occasions, Patrick Hoban put Dundalk in the lead before Robbie Benson equalized.

Stephen O’Donnell isn’t putting any credence in last year’s outings, noting that this season is a fresh prospect.

"Last season we drew both games, but that goes out the window come Saturday. If we had won, or lost both games, it doesn’t really make much of a difference. It’s a different Dundalk team and it’s a different St Patrick's Athletic team now," O'Donnell said while speaking to the club's youtube channel.

But O’Donnell was equally quick to dismiss any thoughts that Pats have this one in the bag. He felt Dundalk must improve on their current position due to the quality they have in their squad.

"Dundalk are in a very false position at the moment, and that won't be the position they take up at the end of the season. They've such a big squad and so much quality, we are under no illusions at the league table so we will need to be at our very best to get anything out of the game."

Both meetings last year were 1-1 draws, on both occasions Hoban opened the scoring and Benson equalized.

St Pat’s last beat Dundalk in a league fixture at Oriel Park back in August of 2012.

Only one team has scored less goals than Dundalk (3) so far this season, bottom placed Derry City (1).

John Mountney to put Dundalk allegiances to one side as the Saints visit Oriel Park on Saturday evening https://t.co/zSjKRwBWP2 pic.twitter.com/3wYFDFZr0l