The game has ended between Dundalk and Cork City.

What an advertisement for the SSE Airtricity League that was. You couldn't take your eyes off that match for a split second, it really had everything. Dundalk showed a real aggressivness that simply wasn't there last season and have secured their first win against Cork City in eight attempts - the last of which came in 2016.

Niall Newberry signing out for Extratime.ie - we really do hope that you've enjoyed our coverage tonight.

How on earth has Benson not scored there? He's done everything right, skipping past the challenge of several Cork defenders before somehow hitting the side-netting - we're into the last minute here.

Michael Duffy really should've put this game to bed once and for all after Robbie Benson plays him through but he somehow fires wide - Dundalk could yet live to rue all of these missed chances.

Robbie Benson misses for Dundalk from the penalty spot.

Mark McNulty has reedemed himself for that earlier mistake by pushing Benson's penalty around the post.

Dane Massey's rasping long range effort from the left is excellently tipped over by Mark McNulty.

Great save from McNulty to deny Murray after a beautiful interchange between McGrath and Hoban but the Cork keeper again drops the ball from the resulting corner before Griffin clears.

Jamie McGrath has more than justified his selection tonight but he really should've done better there, firing straight into the arms of Mark McNulty - Dundalk really do need that second goal.

The official attendance here at Oriel Park is 3,563 - not bad considering this is a televised match.

What a tackle from the industrious Chris Shields on Kieran Sadlier - he has been instrumental here.

Patrick Hoban really should've made it 2-0 there but he somehow fires wide after being played through by Michael Duffy - that was a real let off for Cork, who have been hanging on here at times.

Shane Griffin appears to have kicked out at Jamie McGrath after fouling the Dundalk winger - luckily for the Cork full-back, referee Paul McLaughlin did not spot that though tensions are high here.

McNulty is on hand save from Ronan Murray after some neat build up play between Jamie McGrath and Michael Duffy - Dundalk have picked up right where they left off at the start of this second half.

Michael Duffy goes close after firing an effort from the right just wide of Mark McNulty's near post.

The second half between Dundalk and Cork City has started.

Dundalk almost double their lead right on the stroke of half-time after Ronan Murray's shot sails agonisingly wide of Mark McNulty's post - the hosts have been truly outstanding in this first half.

An overhead kick from defender Sean Hoare of all people is easily collected by Mark McNulty.

At the other end, Cork City almost equalise after Barry McNamee's effort is brilliantly saved by Gary Rogers before Daniel Cleary clears off the line from Kieran Sadlier's tries his luck from the rebound.

Dundalk almost double their advantage after Michael Duffy whizzes past Barry McNamee before unleashing a low drive which had McNulty at full stretch - the hosts are looking very hungry here.

John Caulfield getting very animated here - he's been given a warning by fourth official Paul Tuite.

Ronan Murray's low shot had looked goal bound but was deflected over the bar by Shane Griffin - nothing amounts from the resulting corner but this has been an entertaining first 20 minutes here.

Very audacious effort from Kieran Sadlier - who did score a screamer here in the President's Cup - however, this one goes well wide as Cork appear to be still reeling from that early concession.

Dane Massey's low shot has produced a fine save from McNulty - nothing happens from the resulting corner but Dundalk will be absolutely delighted with the start they've made here.

Murray's free almost catches out McNulty again - not the most popular man in Dundalk by any means, he's had a horrid first seven minutes here and the home crowd are letting him know that.

What an absolute howler from Mark McNulty - Hoban wins a free-kick after being fouled by Conor McCormack before the Dundalk forward taps home after Ronan Murray's free-kick is spilled by McNulty.

Hello and welcome to Oriel Park for tonight's meeting between the big two in the SSE Airtricity League - Dundalk and Cork City. Keeping you updated tonight is Niall Newberry (Twitter @niallnewberry) as The Lilywhites look to claim their first win against The Leesiders since 2016.

The teams news here is that Dundalk make two changes from the side that hit Limerick for eight last time out with Sean Hoare and Jamie McGrath coming in for Stephen Folan and Dylan Connolly respectively - Cork are already four points ahead of the hosts coming into this match and also make two changes from their win over Sligo Rovers with Conor McCarthy and Garry Buckley coming in for Alan Bennett and Barry McNamee. 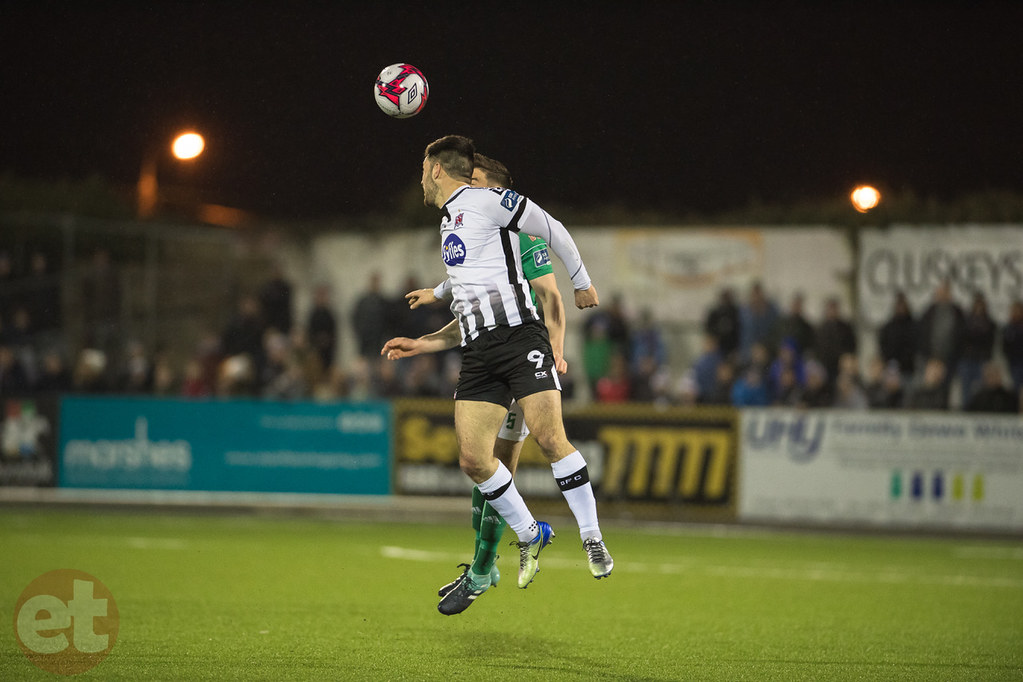 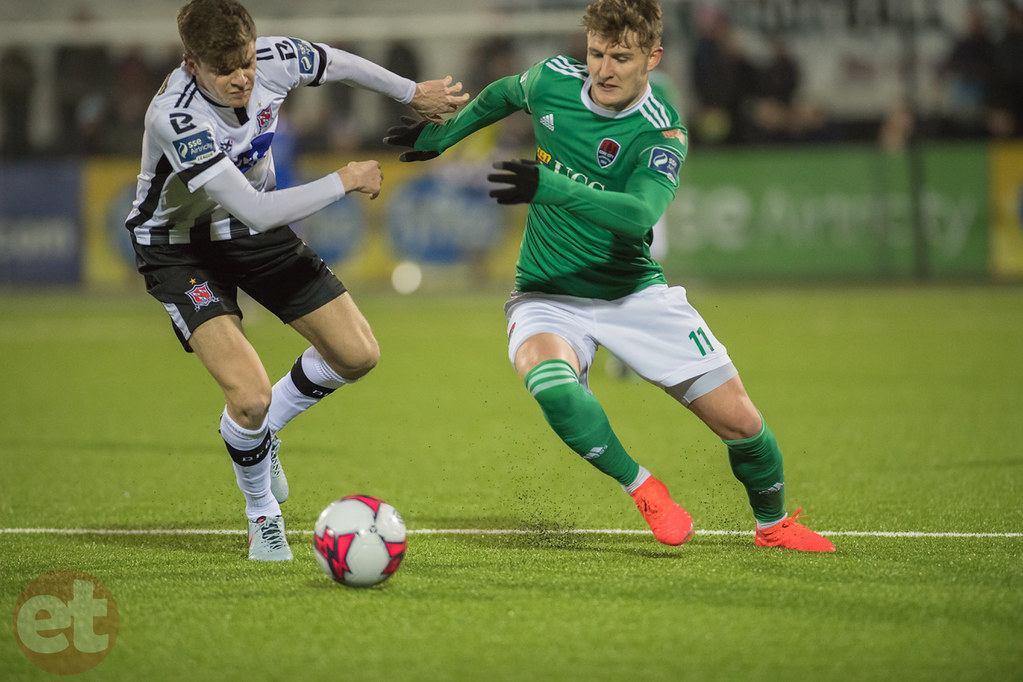 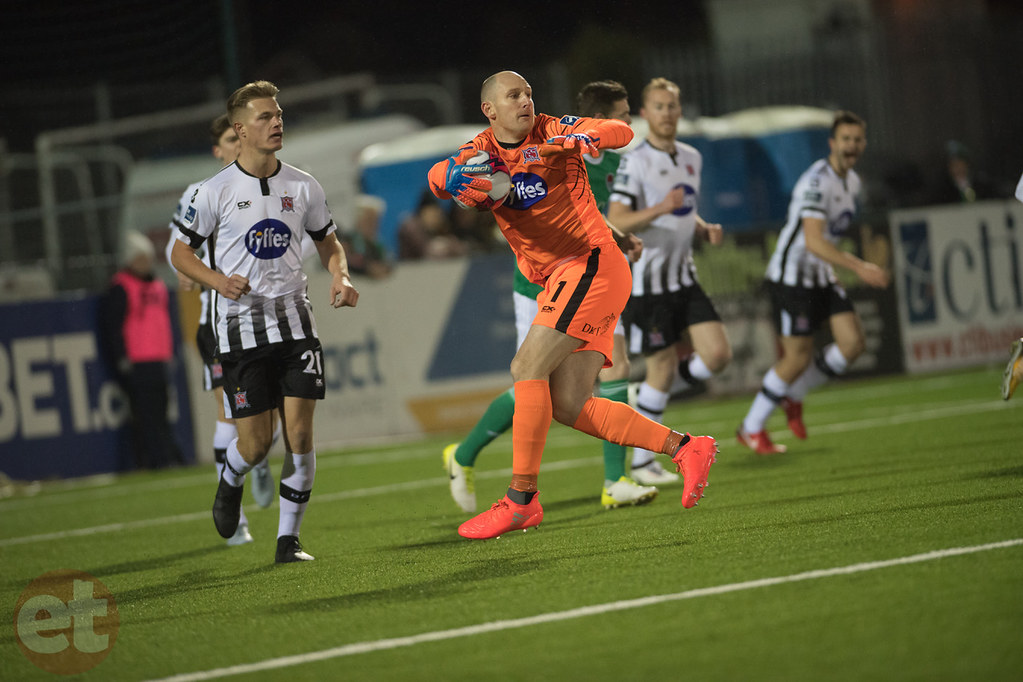 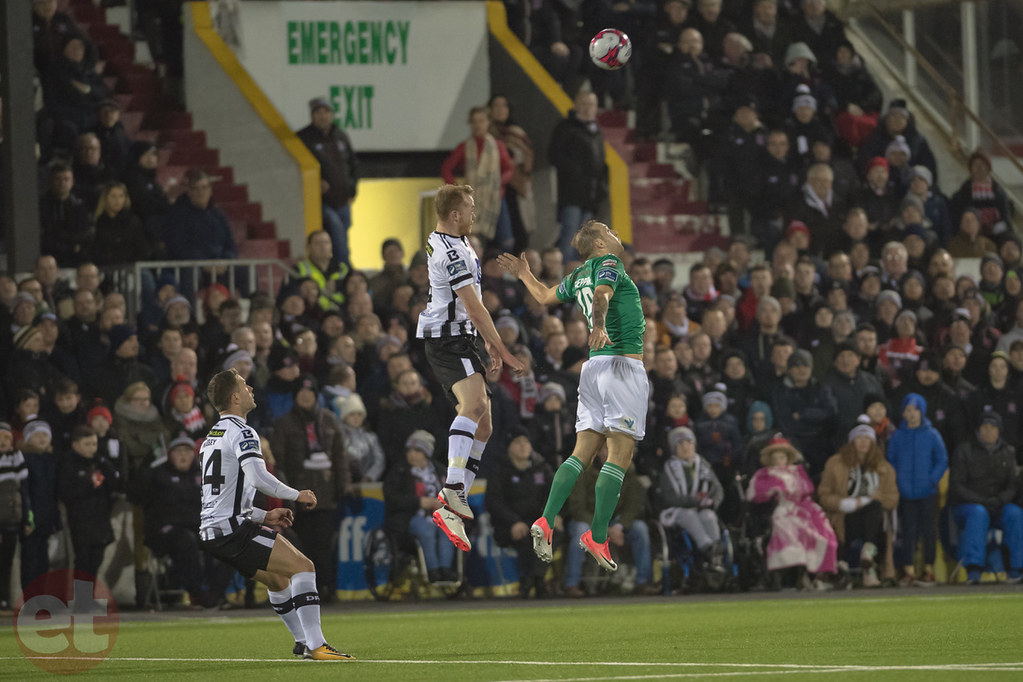 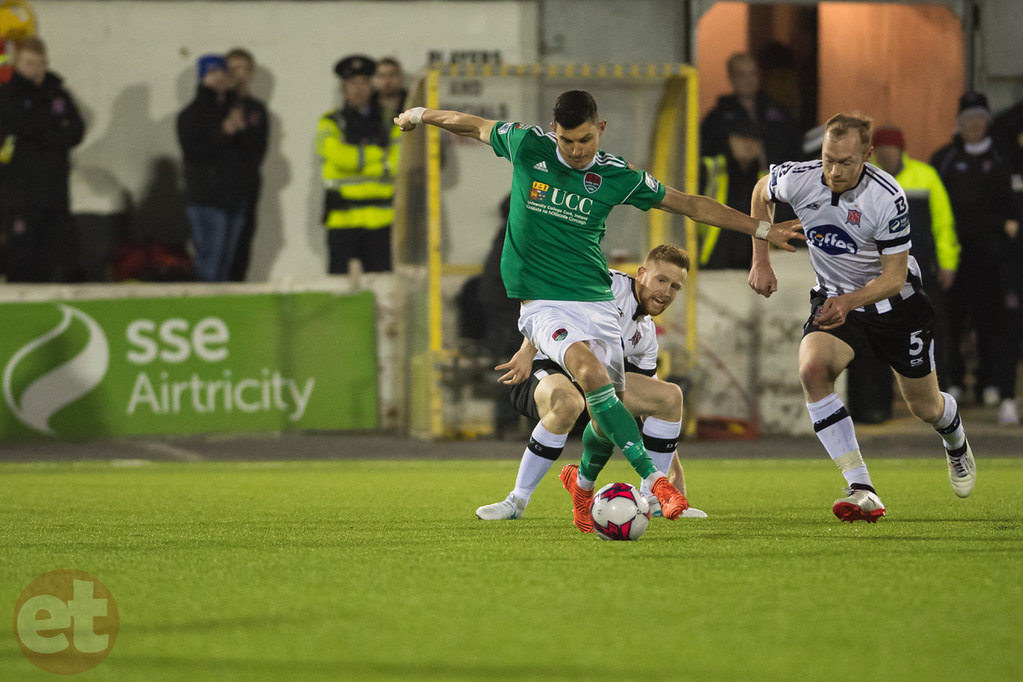 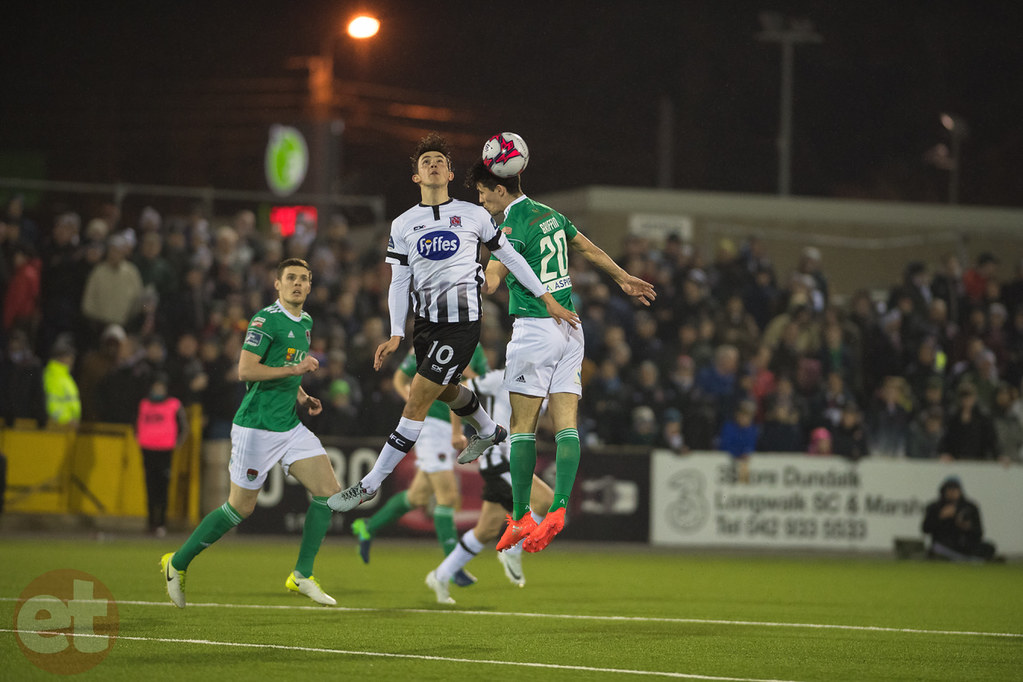 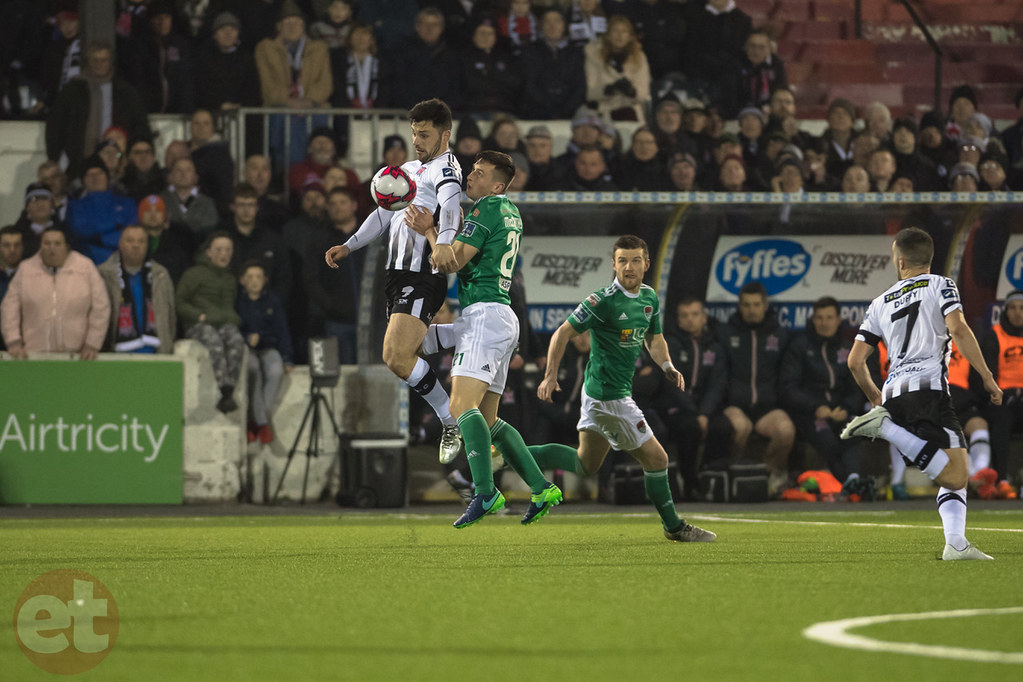 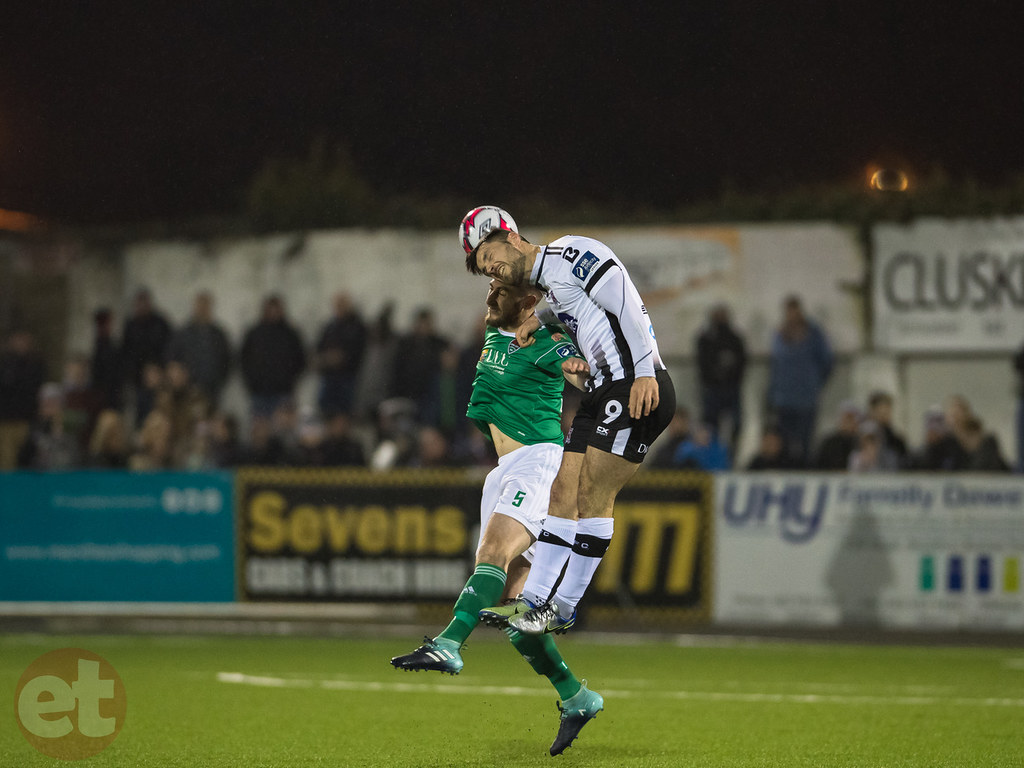 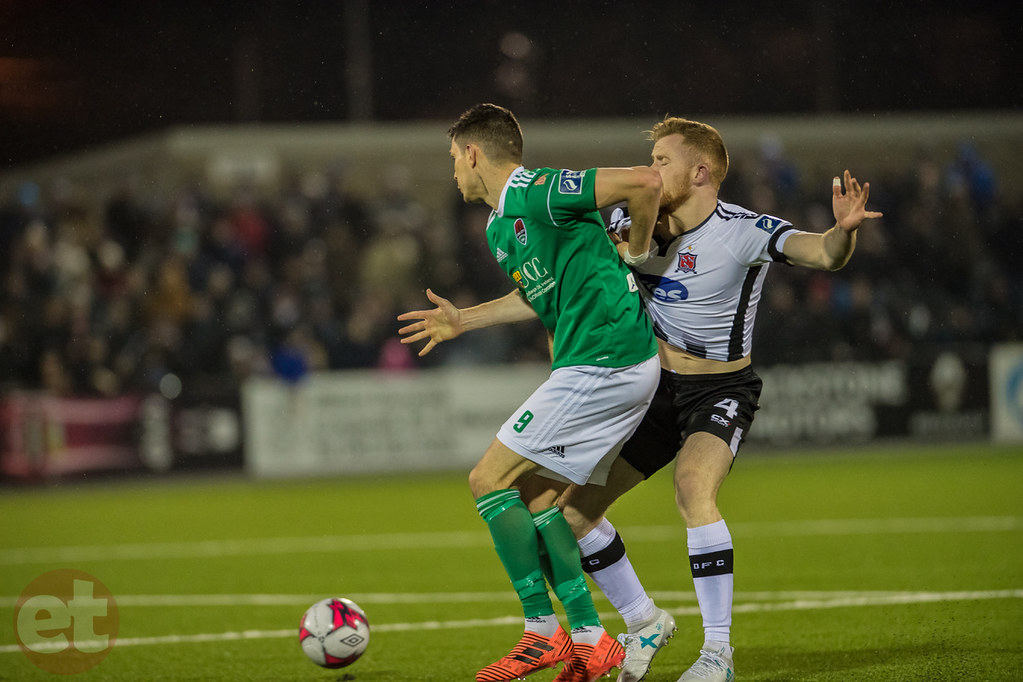 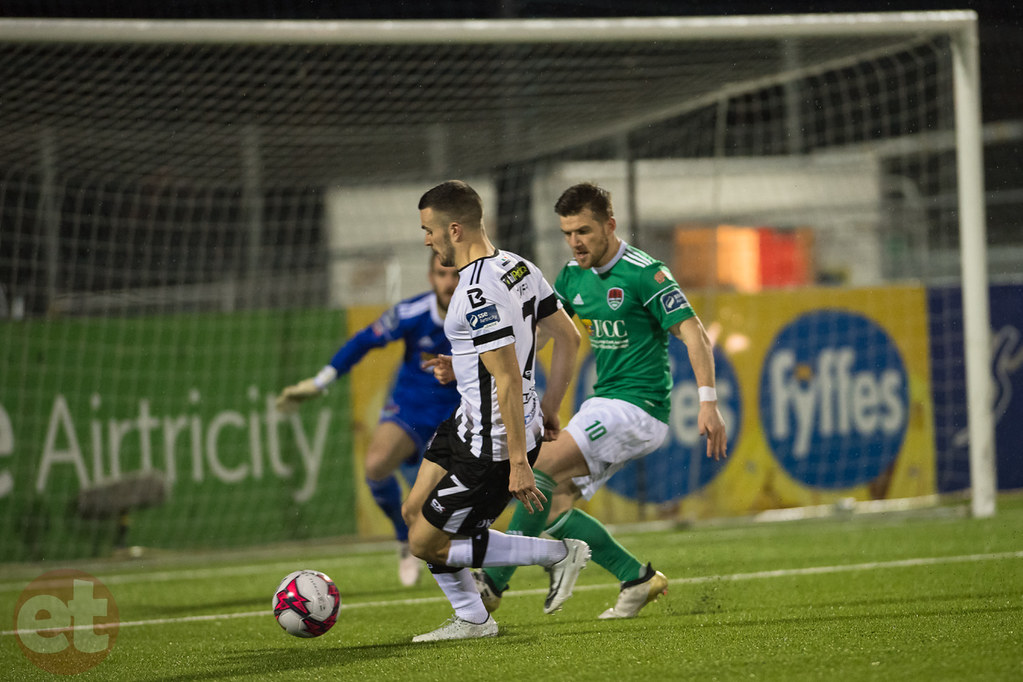