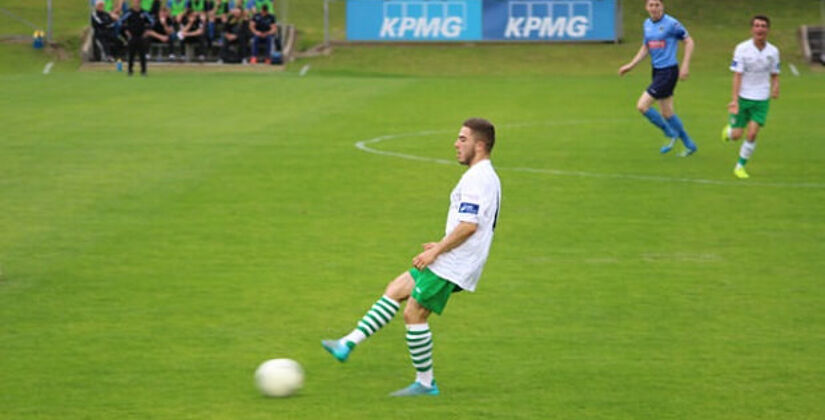 Shelbourne will be hopeful of maintaining their imperious record against bottom placed Cabinteely when they visit Stradbrook on Friday evening for their SSE Airtricity League First Division clash.

Friday’s hosts will be looking to climb off the foot of the table with a win on Friday, but will have to overcome the odds to do so.

The First Division’s most goal-shy attack will go up against the third strongest defence, as they hope to get a rare win this year, which would prove to be their first since overcoming Waterford United 2-0 on July 22.

Having won just three times from their 23 games so far this season, Eddie Gormley will be hoping his side can take some confidence from the fact that each of these victories have come at home, with Shels being far from strong on the road this year.

Evan Galvin’s fitness will likely leave Gormley waiting until the last minutes. Despite having been withdrawn at half time in last week’s south-Dublin derby with UCD, Cabo are hopeful that the midfielder will make a swift return to action this week.

Unlikely to catch up with Cobh Ramblers in fourth place anytime soon, Shels will be looking to add their third consecutive game without defeat after a win against Athlone Town in their last outing, which followed a scoreless draw with Cobh.

Owen Heary’s side have not enjoyed their best form away from Tolka Park this year, and have picked up three points on just three occasions on the road, losing seven and drawing one of their 11 games to date.

Despite their poor away form this year, Shels generally boast a good record at Stradbrook, with the Reds never losing when visiting the south Dublin venue.

Heary will be happy to see the return of top goal scorer James English this week, with the 11-goal man sitting out his side’s last two games with suspension. Jamie Doyle, however, has been unwell during the week and is a doubt for the game.

Cabo have never picked up as much as a point against Shels at Stradbrook in their three games, with the visitors winning on all three occasions.

Shelbourne last travelled to Cabinteely in May, when they ran out as 4-0 victors.

Having already met three times in the league this season, Shels have won twice, with the year’s first meeting between the two ending 1-1 in Tolka.

Expect Shels to assert their superiority over Cabo once more. 1-3.

Conor Clancy has yet to write anything about themselves but click on the bio link to view all past work.