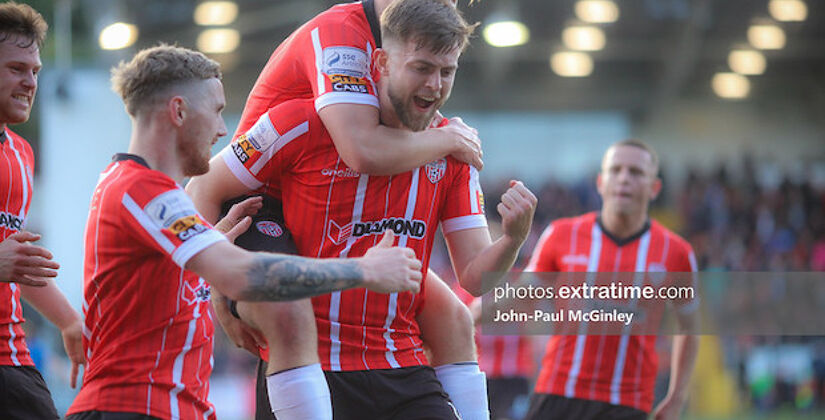 Two months ago, a match between Derry City and UCD would have been billed as a clash between the top and bottom teams in the league.

The reality at the end of June however is very different as the Candystripes have since had a very barren May and June, going seven games without a win and dropping down from first to third place in the league table.

They topped the table in April but now trail current leaders Shamrock Rovers by eight points with Dundalk sitting three points ahead of them in second place.

The loss on form seemed to come out of nowhere, as their last two games before the seven-game sequence saw them in table topping form, recording a 7-1 thrashing of this Friday night’s opponents UCD followed by a 4-0 away win against St Patricks Athletic.

They began the second half on the season as they had finished the first half of the season, drawing 1-1 at home to Drogheda United.

Ruaidhri Higgins’s side started very brightly against Drogheda, with Matty Smith scoring a good goal for them in the 33rd minute but they were unable to add to their tally before half time.

They sat back in the second half, much to the frustration of the home support, and allowed their opponents gain a foothold in midfield.

It then did not come as any great surprise when Drogheda drew level, Patrick McEleney conceding a penalty for a push on Ryan Brennan in the 78th minute, and Dean Williams beating Brian Maher from the resultant free kick.

Speaking to the media during the week, Ruaidhri Higgins made reference to the spate of injuries at the club.

“We are missing Eoin Toal, Ronan Boyce, Ciaron Harkin and Michael Duffy which makes it very difficult but we just have to get on with it,” said Higgins.

“These injuries give other players opportunities, we saw Caoimhin Porter play last week and I though he was excellent, it will now open up for Caoimhin over the next few weeks.‘’

In relation to their opponents this Friday night, Higgins added: ‘’After we beat them 7-1, they recovered well, they drew with Dundalk, Bohemians, Sligo Rovers and won at Finn Harps.  We know when we go down there, we won’t win the game if we don’t play well.’’

The Students will not have fond memories of their last clash with Derry City as they were on the wrong end of a 7-1 thrashing at the Brandywell back in April.

This was one of a dozen losses in total so far this season but the Derry game was by far their worst result since they gained promotion from the First Division last season.

They currently sit at the bottom the table with only nine points after 19 games, and a very unhealthy goal difference of -28 goals.

They have however been competitive in all their games, with the exception of that last Derry City game, and even though they lost their first game back after the mid- season break against St Patrick’s Athletic, they might consider themselves unlucky not to take a point away from that game.

Andy Myler’s side were well in the match with it scoreless at half time but a purple patch for Pats early in the second half saw them score two goals, one of them a penalty, both from the boot of Eoin Doyle.

The Students staged a great fightback towards the end of the game and scored a good goal, a sublime pass from substitute Liam Kerrigan allowing Alex Nolan to find the net in the 87th minute.

Myler and his assistant Willie O’ Connor were both red carded early in the second half and will not now be patrolling the side line at Belfield on Friday night.

UCD will want to erase memories of their first two games against Derry City this season, after losing 2-0 at home followed by that 7-1 thrashing at the Brandywell, both games being played in April.

Diane Caldwell: ‘The collection of players we have now is the best we have ever had’ https://t.co/Eok9xhWWgQ pic.twitter.com/Dr0zW3AV6J