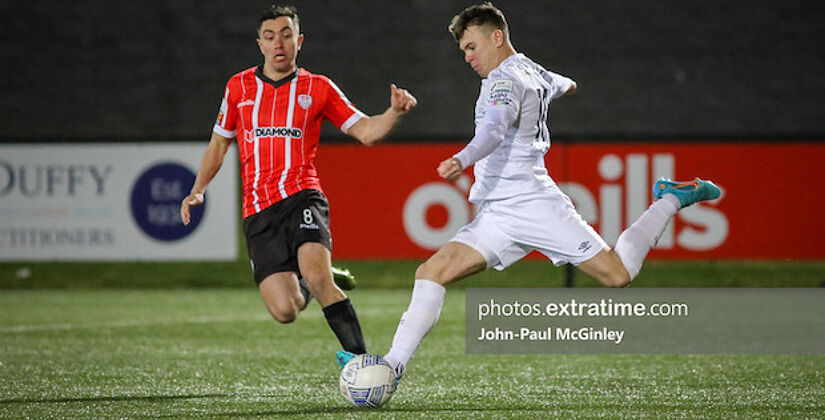 Third placed Derry City go into this fixture looking to regain a sense of form having seen themselves slip down the table. The season break came at an opportune time for the Candystripes after a poor run that saw them go six games without a victory.

It took a 95th minute equaliser from Eoin Toal to rescue a point at home to struggling Finn Harps last time out.

Having discovered their Europa Conference opponents during the week, the next step is to ensure of qualification for next season.

“We’re looking forward to get going again on Friday ahead of what looks like a really busy second half of the season," siad Higgins.

"The time off has given us the chance to shake off a few injuries and both Cameron Dummigan and Patrick McEleney are now ready to go, which is great news for us.

If the mid-season break was a welcome to Derry, it was perhaps a curse for the visitors. Prior to it, they had recorded wins over champions Shamrock Rovers, Finn Harps and a draw with Bohemians.

It had seen them move away from the relegation places and set their sights at the sides above them. With a decent run of home fixtures to come, it could allow them move into the top-half of the table.

They will have to do it without the on-loan duo of Sam Long and Sean Roughan however. Both have returned to their parent club, Ipswich Town, as the deal had finished.

Given that each player had settled into the side quite well, and were nominated for player of the month, they will prove to be a big loss. It is up to others to step up in their place instead.

The games this season have resulted in a win and a draw. In the responding fixture at the Brandywell, it was a Jamie McGonigle double who helped secure the points for the home side.

At Head in the Game Park the game ended in a 1-1 draw, as Ryan Brennan's header cancelled out Joe Thomson's opener for the Candystripes.

Ryan Brennan and Dean Williams are joint topscorers for United with four goals each.