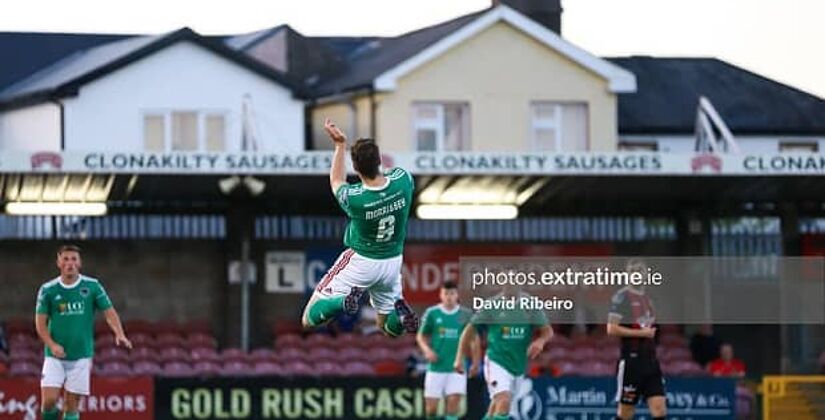 The Rebel Army return to Turner’s Cross for the first time since the end of February with high-flying Bohemians the visitors to Leeside (kick-off 5pm).

This is City’s second competitive game since the restart following their 3-2 win over Midleton in last week’s Munster Senior Cup semi-final.

The Rebel Army have only won one game this season in the league, a 1-0 victory  over Finn Harps last February at Turner’s Cross.

Their miserable run of form in 2020, which has seen four defeats in the league, has left the club bottom of the table on goal difference.

“The most important message I can give to the players is to get off to a good start,” manager Neale Fenn told the club’s website.

“We want to be solid and we want to get off to a good start. We can’t afford to be having the same start that we did last time. Our message is to keep it safe and keep it solid.”

“Bohemians are a very good team. They are very organised and very fit. We know that this is going to be a difficult game and old records and previous meetings between us mean nothing.”

“We are confident going into the game. We are all fit and prepared.”

New signings Scott Fenwick and Kit Elliot will not be available for the game as they observe the 14-day quarantine period on arrival from the UK.

Gearoid Morrissey and Charlie Fleming are injured and the club are still awaiting a return date.

Conor Davis is still in recovery from an operation and the Neale Fenn is hopeful he will be back for the final game of the season.

Bohemians have an uncertain road to travel on Sunday afternoon as they walk out into a ground they have only won twice in in 11 years.

Possibly their most memorable moment on Leeside recent seasons came in the summer of 2017 when they beat City 1-0 at the Cross.

That day George Poynton scored a penalty into the St. Annes End to end City’s unbeaten run that season.

The Gypsies sit third in the table, four points behind reigning League of Ireland champions Dundalk.

They started the season well, beating Shelbourne, Sligo Rovers and Waterford. Bohemians are currently third in the table and are four points behind reigning champions Dundalk.

Bohemians have only two wins at Turners Cross since the 2009 League of Ireland season. 11 years ago, a Bohemians side THAT featured Fenn, beat City 2-0 at the Cross through an own goal from Kevin Long and a strike from Ken Oman.

2020 is the second-worst season opening Cork City have had since they returned to the Premier Divison in 2012.

That year, their first six opening games saw four defeats and one draw. Their first league win that year came in a 6-0 win over Monaghan United, which was later expunged.

Cork City have only scored one goal in the league this season and that came through Alec Byrne in the 1-0 win over Finn Harps last February.