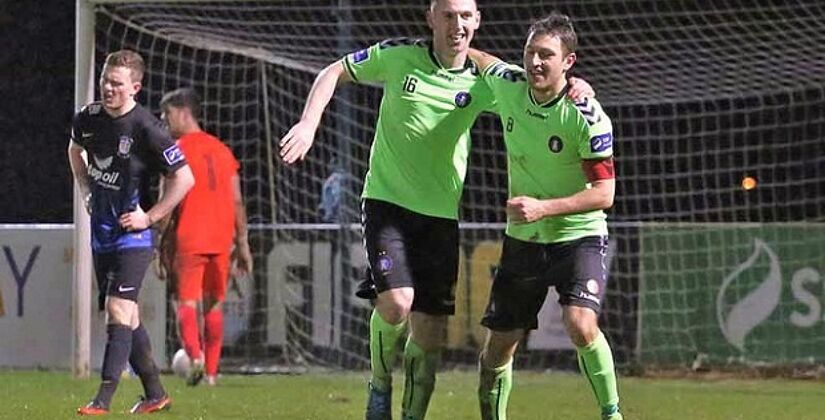 Limerick FC will take on the challenge of Shelbourne in the SSE Airtricity League First Division at the Market's Field on Saturday evening (kick-off 18:30).

The Super Blues continued their excellent start to the season with a comprehensive 5-0 win over a hapless Athlone Town side last Saturday night. Limerick hardly broke a sweat as they crushed the Midlands side in their own back yard and picked up their first clean sheet of the season in the process.

The Super Blues boss, Martin Russell, is fully aware of the threat that Shelbourne pose and despite winning all their league games comfortably to date , they will not be taking Shels likely.

The Shannonsiders received a boost that Shaun Kelly may be available for selection after successfully returning to training during the week following a knee injury. There are doubts about top scorer Aaron Greene who is battling illness and Colm Murphy who has a hamstring problem.

Shelbourne have the unenviable task of travelling to the Market's Field to take on the might of early pace setters, Limerick. Shels have enjoyed a decent start to the season and had a confidence boosting 3-0 win in their previous league game against Drogheda United at Tolka Park, thanks to a brace from Jamie Doyle and another from Gavin Boyne.

Shels boss, Kevin Doherty was pleased last time out with the response from his players telling the ExtraTime.ie Sportscast, “It was a good result – we took our chances when they came. That was the difference between our previous league games, against Cobh and Cabinteely – we could be sitting there with a few more points if we taken our chances.”

Doherty was also keen to stress that Shels will take a positive approach to the game telling the Sportscast team, “We’ll have a game plan going down there on Saturday, I’m looking forward to it. We know the pitch will be good. We will be looking to the likes of Cian Kavanagh who loves playing football when the pitches are good and this will be the best pitch we’ve played on so far. We’ll have a good crack off them and see where it brings us.”

You can listen to the full sportscast interview at the bottom of this article.

Doherty has only one confirmed injury with the absence of defender Aidan Collins while a group of players have picked up minor knocks and are listed as doubtful.

Limerick and Shelbourne last faced each other in the league back in 2013 with honours even thanks to a 0-0 draw with a 2-1 win coming for the Super Blues at Jackman Park, and Shelbourne winning 2-1 at Tolka Park.

The head to head record in the past ten years shows there has been little to choose between the sides. In the 20 league meetings Shelbourne have just edged it with eight wins to Limerick’s seven victories with five draws.

Shels have been the more prolific though with 27 goals scored while Limerick have managed to find the net twenty times.