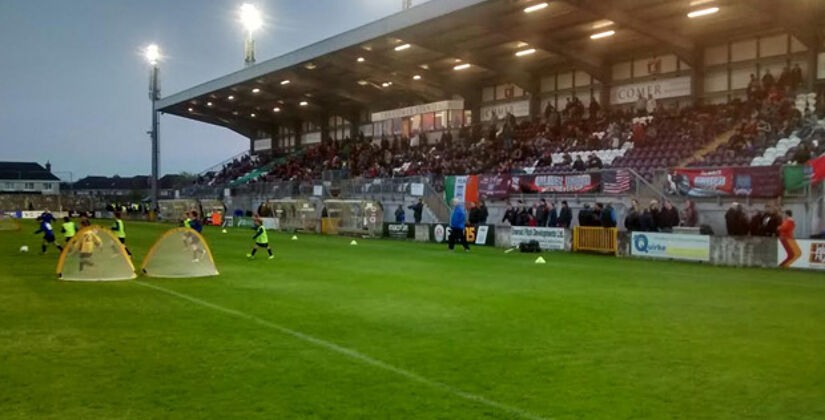 The EA Sports Cup final takes place at Eamonn Deacy Park on Saturday evening with Galway United and St. Patrick’s Athletic going head to head to claim the first piece of silverware of the season. The game kicks off at 6.05pm and is LIVE on Setanta Sports.

United are hoping a bumper crowd will turn up at the Corrib venue to roar on a club seeking its first cup final win since New Year’s Day, 1997. Galway United has endured many good and bad days since that win over Cork City at Turner’s Cross, but the maroon and white faithful are optimistic a win is on the cards, come Saturday.

On the road to this final, Tommy Dunne’s side overcame two other Premier Division stalwarts in Bohemians and Dundalk. The semi-final penalty shoot-out win over the Lilywhites was a potentially season defining moment for the re-established club of Galway United.

In team news, David O’Leary misses out due to suspension while Padraic Cunningham’s knee injury keeps him out for the remainder of the season. Alex Byrne will return to action in two weeks’ time.

The team has had two full weeks to prepare for the cup final, and United’s long list of injured players has been greatly minimized in that time period.

Speaking to galwayunitedfc.ie, defender Colm Horgan knows a partisan crowd at a sell-out Eamonn Deacy Park can make the difference over the ninety minutes.

"It's great to see tickets selling so well, we played in-front of around 3,000 supporters in the play-off final last year and it really spurred us on. Hopefully a home crowd of almost 4,500 can push us on again. The scene is set. Our supporters can make the difference."

Much like Galway, St. Pats are seeking their third ever league cup final win on Saturday evening, their last coming in 2003. The EA Sports Cup is the only piece of silverware that’s eluded Saints’ manager Liam Buckley during his Pats managerial career.

The Super Saints overcame both Cork City and Shamrock Rovers on penalties in the competition’s two previous rounds.

Speaking to stpatsfc.ie ahead of the game, Buckley and his troops are taking nothing for granted in the west this weekend.

"We've played Galway twice this year and we've had two games that we've really been tested in, so the players are under no illusions that we're going into a really tough game."

Both teams are looking for their third ever League Cup final win.

Goals have been in short supply during previous rounds for both teams.

A long time Galway United fan, Paraic is now in his third year with Extratime.ie. The 32 year old is delighted to see the name ‘United’ return and he recently signed up as the co-editor …