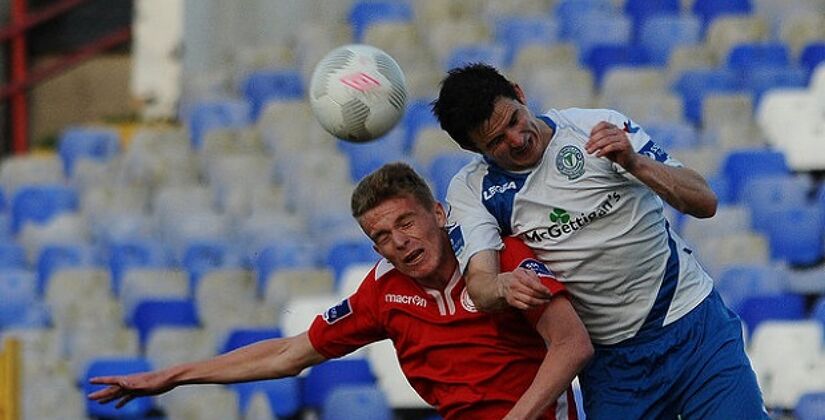 Cabinteely welcome Shelbourne to Stradbrook for the second time this season (K.O. 7.45pm) on the back of narrow defeats to the top two sides, losing 1-0 at Finn Harps last week and to Danny Furlong's injury-time winner seven days previous.

The return of Eddie Gormley to the Cabo hotseat will ensure a greater degree of stability for the Dun Laoghaire Rathdown club, but they'll have been stung by the departure of striker Ger Pender to Drogheda United during the week.

A win for Gormley's side won't help them move up the table – they sit a full eight points behind Cobh Ramblers in sixth – but they will be eager to get back to winning ways as Waterford United sit just two points below them at the bottom.

Shelbourne come into this fixture on the back of a week off, owing to UCD's European campaign, having managed a spectacular 3-2 win over then-leaders Finn Harps, in spite of playing 75 minutes with 10 men, the week before.

Shels went down 4-2 to travelling SPL side Hearts in a mid-season friendly on Saturday, but will have to sweat on the fitness of Conor Early after he picked up a knock in that game. Simon Dixon, Colm Crowe and Jack Brady are all unavailable through injury, but Dave Ryan and Darragh Gannon return.

Mark Sandford has picked up a two-game suspension following his red card against Harps, while Craig Walsh serves a one game ban, but Carl Walshe is available having finalised his return to Tolka Park from Drogheda United on Wednesday.

Cabinteely and Shelbourne have met twice this season, with the Northsiders beating the Southsiders on both occasions by a scoreline of 1-0. Philip Hughes' penalty separated the sides in the first meeting at Stradbrook, while Adam O'Connor's strike was the difference at Tolka Park.

Dave Donnelly has yet to write anything about themselves but click on the bio link to view all past work.