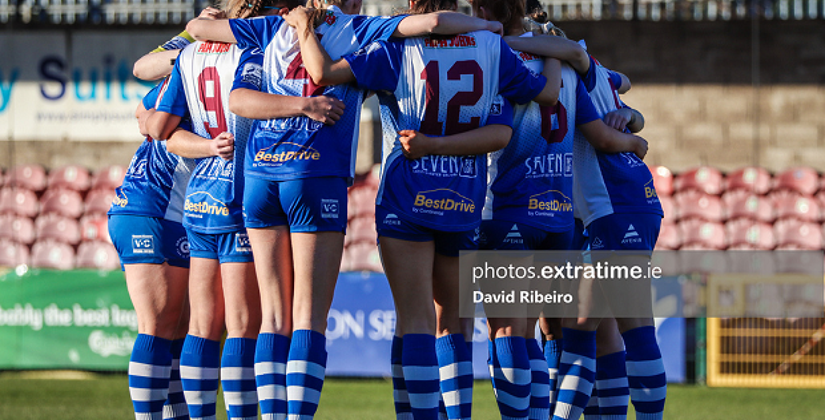 This will be the first time the sides have met since their dramatic encounter on the final day of the 2021 WNL season.

Peamount United had all but claimed another league title, only for Galway to spoil the party with five unanswered goals having come back from a two-goal deficit.

It’s a new year however, and the Tribeswomen began life under new manager Alan Murphy with a win on the road last weekend against Cork City.

Murphy will have been pleased to see his side notch up a few goals against the Rebels before taking on a Peamount side that will be gunning to reclaim their WNL title this season.

Nicole McNamara opened the scoring with her first ever goal for the club, having joined the side from Treaty United ahead of the 2021 season.

Aoibheann Costello added a second goal in the first half and Julie-Ann Russell rounded out the scoring in the 71st minute to ensure the three points went to Galway on the day.

James O’Callaghan’s side began their search to reclaim the WNL title last Saturday on what was an historic occasion for their opponents.

The game marked Sligo Rovers first ever foray into the senior WNL, but the experienced Peamount showed no signs that the occasion was any different than just another game with the Dublin side running riot at Greenogue on Saturday last.

Dora Gorman opened the scoring with just over twenty minutes gone before Erin McLaughlin netted her first goal for Peas having signed from Sion Swifts ahead of this season.

Stephanie Roche added a brace of goals before half time, while Aine O’Gorman continued her excellent form from last season by adding two goals of her own in the second half to give United a 6-0 win on the day.

With a good record at Deacy Park in recent years, Peamount will be looking to start a winning streak on Saturday – it remains to be seen if Galway can secure a second win in a row over Peamount with quite a few new faces in their squad.

Galway snapped an eight-game unbeaten run for Peamount when the sides faced each other on the last day of the 2021 WNL season.

Peamount United were two goals up within twenty minutes and had one hand on the WNL trophy only for Galway to come back with five unanswered goals to cost Peas the title.

United still have a good run of unbeaten games at Eamonn Deacy Park however, with the Dublin club not suffering defeat in the west since September 2018.