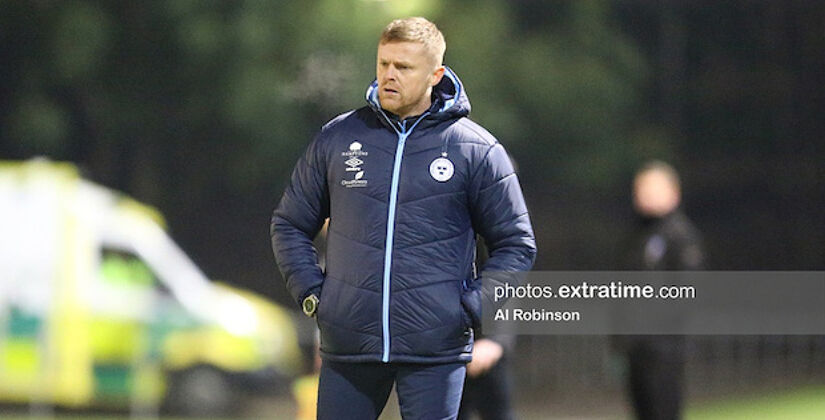 UCD and Shelbourne ended in a scoreless stalemate in what was a sloppy and scrappy match on Monday night that was upended by a sprinkler.

On a Baltic night at the UCD Bowl, this match will certainly not go down as a classic in League of Ireland lore. The first five minutes of the match were quite intense with both sides instigating a very high press in an attempt to unsettle the opposing back fours.

Both teams went into this match knowing full well that the standard of the pitch at the Bowl is not built for playing out from the back like prime Barcelona.

Early on there was a quality drive from Jack Moylan into the box, but UCD swarmed him and cleared their lines. Shels began to get into a groove and the signs looked ominous for the home side. UCD began to send long balls from defence to target man Colm Whelan playing in a false nine role.

There was not much change from it so far, but it was quite interesting to see this style from the Students as it is quite different compared to how they normally attack by creating overloads on the wings.

UCD began to grow into the match and created some quality chances but lacked the killer instinct to bury these opportunities which is becoming a prevalent theme for UCD this season which is concering since they have only played three games in the league campaign so far.

For all that, UCD looked much more rigid, disciplined and organised in defence. A special mention must be paid to centre halves Sam Todd and Eric Yoro who are a forming a solid relationship.

Early into the second half, Shels player Aaron O’Driscoll took down Sean Brennan in what looked like a very nasty challenge and could have seriously injured Brennan.

The oddest moment of the match came when a rogue sprinkler went causing the match to be stopped for eight minutes. Damien Duff looked furious. I wonder if you went back in time to Duff during his spell at Chelsea and told him that he’d be spending his Mondays at the UCD Bowl watching a match being stopped because of sprinkler, how would he react.

Deep into eight minutes of added time UCD came closest to winning the game at the death but Whelan was unable to get the ball out from his feet and Lewis Webb made a comfortable save. The match ended in a very even draw.

Jack Keegan has yet to write anything about themselves but click on the bio link to view all past work.