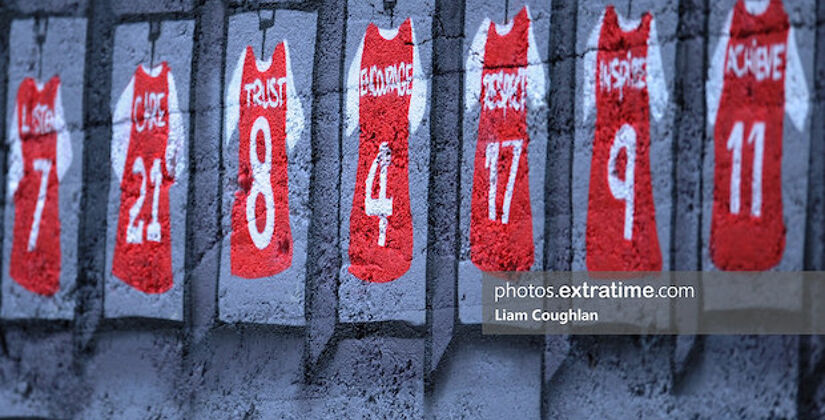 St. Patrick’s Athletic moved to the top of the SSE Airtricity League Premier Division with a comfortable 2-0 win against UCD at Richmond Park on Monday evening.

Goals from Eoin Doyle and Mark Doyle either side of half-time were enough for Saints to claim all three points against a UCD side still looking for their first win of the season.

The Students won promotion to top flight with a play-off win at Richmond Park in November, but couldn’t fashion another memorable night in Inchicore as they were outclassed by the Athletic.

Pat’s made the brighter start with a couple of half chances being blazed over Lorcan Healy’s goal in the opening minutes as the Saints piled bodies forward.

The Students frustrated the home side for much of the half however, taking control of the game in midfield for several minutes at a time and launching some dangerous attacks of their own.

Pat’s quality eventually began to show through after the 20-minute mark as Billy King hit an effort from the edge of the box that wickedly swerved just wide of Healy’s post.

The Saints kept this momentum going as Darragh Burns was the next to come close. Mark Doyle played a dangerous pass across the UCD box, but the angle was slightly too acute for Burns who turned his effort into the side netting.

Colm Whelan was keeping the Athletic defence on their toes, looking increasingly sharp as the half progressed, but the deadlock was broken at the other end of the pitch as Pat’s found reward for their superiority on 34 minutes.

After a spell of pressure where the Saints had dragged the UCD defence out of shape, Burns whipped a perfect cross into Eoin Doyle who had the simplest of finishes, nodding into an empty net from no more than a yard out.

It was Doyle’s second goal in as many games after he broke his Pat’s duck at Finn Harps on Friday.

The home crowd’s celebrations were slightly soured as captain Ian Bermingham was forced off by injury just before the restart, with Anto Breslin coming on in his place.

The Students looked to hit back straight away as Adam Verdon hit a deflected shot that had Joseph Anang scrambling across his goal, but it was the Saints who almost went in two goals to the good at the interval.

Eoin Doyle was sure he had his second of the night as he flicked a header towards goal from a corner, but Sam Todd made a crucial goal line clearance to make sure his side was still in the hunt at half-time.

After a slow restart from both sides Pat’s turned up the heat in their search for a second goal just before the hour mark.

Chris Forrester burst forward from midfield laying the ball off to Mark Doyle who struck the side netting, but the Pat’s forward didn’t have long to wait to double his side’s advantage.

He controlled a UCD headed clearance on his chest, striking a sweet half-volley into the bottom corner and putting his side well on their way to three points.

The tempo of the game dropped drastically after the second goal as the fight quicky left the Students who seemed to be trying to limit the damage rather than mount a comeback.

Jack Scott made Lorcan Healy nervous with an effort from distance that flew just over, but there were no chances of note until stoppage time as the game limped to a conclusion.

Substitute Ronan Coughlan almost put a bit more shine on the score line, taking the ball around Healy but Evan Osam was able to sweep up the shot before it crossed the goal line as the Saints cruised to victory without breaking a sweat.

Shamrock Rovers’ draw at Dundalk means Pat’s go top of the Premier Division while there’s nothing to separate UCD and Finn Harps at the bottom.

The Students stood up to their opponents well for the first third of the game, but carried very little attacking threat and are winless after five and have failed to score in four of their games.