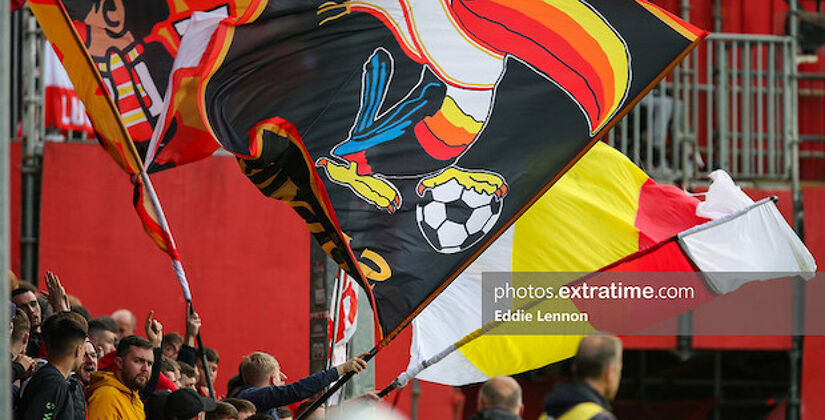 After a dismal week for the club, beginning with last Friday’s 2-2 draw at Finn Harps having led three minutes from time and a home defeat to Shamrock Rovers on Monday, goals from Billy King and late strikes from Eoin Doyle and Mark Doyle made sure the Saints got the three points.

The goals are only a snapshot of a dominating performance by Tim Clancy’s side. They should have scored in the 12thminute when a Billy King cross found Ben McCormack. The midfielder’s header smacked off the post and the loose ball rolled to Jack Scott. The full back aimed for the bottom right corner of the goal and his shot was blocked on the line by Adam Foley.

King’s next involvement saw him thread the ball through the Drogheda back four to Eoin Doyle. Just before the forward could get a touch, Colin McCabe swooped in and covered the ball.

The Scot, who has three assists to his name in 2022, nearly got another when a cross found Mark Doyle at the back post. The forward did everything right except for aiming the ball and his header hit the side netting.

His next ball in found Eoin Doyle inside the box and the shot was easily saved by Colin McCabe who was in the right place at the right time.

A deep cross from Scott was knocked down by Eoin Doyle in the 40th minute and King finished this move with a fine hit from the outside of his boot.

King should have got his second of the game in the 47th minute when he ran onto a ball from Mark Doyle but he mis-hit it and the chance went well wide of the target.

The Athletic seemed unsure of themselves in the second half and this allowed the Boynesiders to push up and pick off a number of loose passes.

One clearance from Joseph Anang even went to Gary Deegan and as the midfielder took a touch, St Pats swarmed to prevent the visitors catching them with a quick counter attack.

James Clarke had an excellent chance to equalise for Drogheda with 15 minutes remaining but his glancing header went wide.

A through ball from Eoin Doyle found Tunde Owolabi with five minutes remaining and the forward charged into the opposition half.

Just as Colin McCabe came out, Owolabi squared the ball back to Eoin Doyle and he tapped it in. Then late on Kyle Robinson’s first touch of the ball ended with Mark Doyle volleying in to make it 3-0 to St Pats.