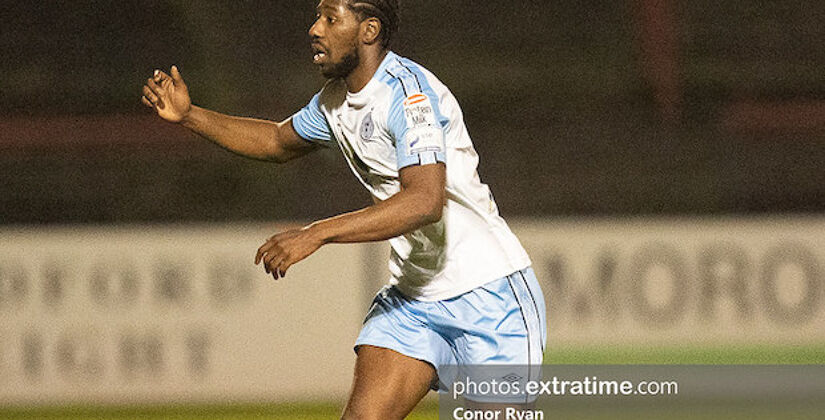 Sligo Rovers slumped to their first defeat of the season as Shelbourne took all three points in a 1-0 win in the Showgrounds on Friday night.

The Bit O’ Red never got out of first gear and were beaten by Damien Duff’s charges thanks to a Dan Carr penalty in a game that certainly won’t be remembered as a classic.

Dan Carr and Shane Farrell were Shelbourne’s biggest threats, with Farrell shaking off three men in the Rovers box, only to fire into the side netting on 28 minutes.

Shelbourne got the game’s only goal in the 33rd minute. Conor Kane burst forward from full-back, and was taken down in the box by Karl O’Sullivan who gave referee Ray Matthews no option but to point to the spot. Carr stepped up and calmly sent Ed McGinty the wrong way to give Shels the lead.

A terrible first half for Rovers was compounded when they lost Aidan Keena, the league’s leading scorer, to injury right on the stroke of half-time.

The home side pressed on with a bit more urgency in the second half. Manager Liam Buckley rang the changes, introducing Greg Bolger, Seamas Keogh and Paddy Kirk in an effort to create more going forward, but the Reds continued to frustrate them.

Rovers huffed and puffed but simply couldn’t break Shelbourne down, with the formidable Aaron O’Driscoll at the heart of a resolute Shels defence. ‘Keeper Brendan Clarke rolled back the years too, with an experienced performance in his first appearance for the Reds this season.

The Bit O' Red came close to an equaliser in injury time, when an acrobatic effort from Keogh from outside the box sailed wide of Clarke’s goal.