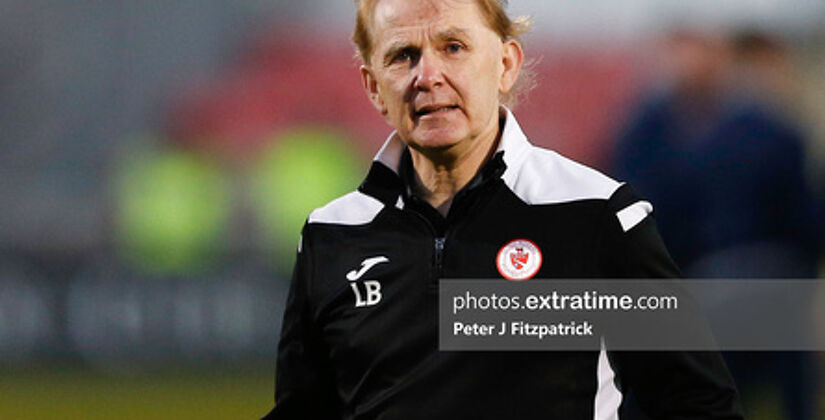 Garry Buckley popped up with a last-minute winner to secure a 3-2 win for Sligo Rovers over Drogheda United in a thrilling game in the Showgrounds on Saturday night.

Buckley was one of four changes to the Sligo Rovers lineup, as himself, Will Fitzgerald, Aidan Keena and Greg Bolger came in for Nando Pijnaker, Adam McDonnell, Karl O’Sullivan and Max Mata.

Drogheda made two changes of their own, with Darragh Nugent and Georgie Poynton starting in place of Dylan Grimes and Luke Heeney.

The game got off to a blistering start, as Will Fitzgerald slipped David Cawley into the box on the right, and the Rovers captain fired beyond Sam Long and into the bottom left corner, to open the scoring in just the second minute.

Just a minute later, it was 2-0. Fitzgerald and Cawley played the exact same move as before, with Cawley storming into the box again, his shot finding the top corner this time, and Rovers were two goals up inside the first three minutes.

Drogs were rattled by the quick-fire goals but played themselves back into the game. They were awarded a penalty in the 30th minute, as Ryan Brennan was fouled in the box by Rovers ‘keeper Ed McGinty. Chris Lyons stepped up to take it, but McGinty guessed correctly to palm the ball away. However, the rebound fell to Poynton, and he tapped into the empty net to make it 2-1.

The Bit O’Red had an excellent chance to extend their lead again in the 36th minute. Evan Weir took Fitzgerald down inside the box in an off-the-ball incident, leaving referee Damien McGraith no option but to award the penalty.

Aidan Keena took the spot-kick, but Sam Long made an excellent save, leaping down to his right to claw the ball away, and ensure the score remained 2-1 at the break.

The action did not let up in the second half, and Drogheda were soon back on level terms in the 54th minute. A fantastic cross from Dayle Rooney on the left found Lyons in the box. His touch got away from him, but Shane Blaney was unfortunate to see it bounce off his leg, over McGinty and into the back of the net, with the own goal making it 2-2.

But a minute after, Drogs were reduced to ten. Weir was shown a second yellow card after lunging in on Colm Horgan, and promptly received his marching orders from McGraith.

This changed the game for the visitors, as they were forced to sit back as the Bit O’Red pressed hard for a winner in the closing stages. Keena, Paddy Kirk and substitute Jordan Hamilton all went close with their efforts.

But it was Buckley who snatched all three points right at the death. Karl O’Sullivan launched a corner into the box in the 93rd minute, and as it bounced around the six-yard box, the Cork man was on hand to rifle the ball into the roof of the net, and move Rovers up to fourth in the table with the win.