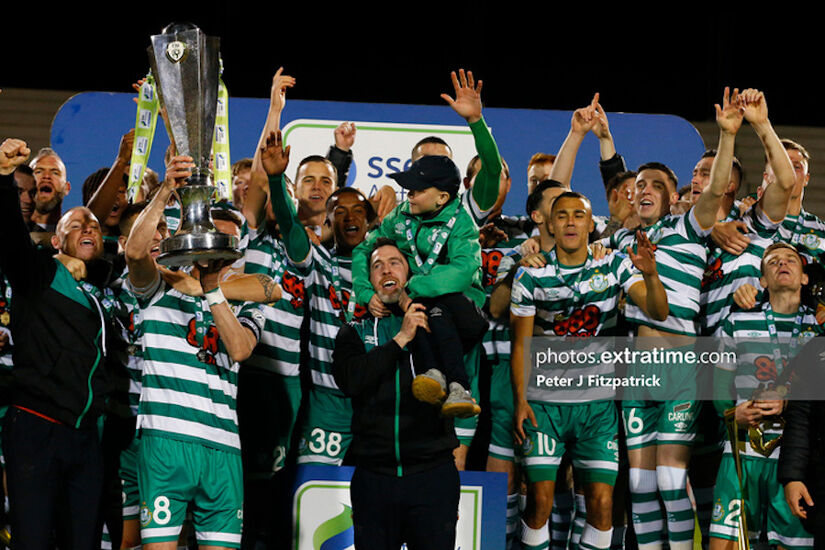 Rory Gaffney grabbed his tenth league goal of the season to give Shamrock Rovers a 1-0 win over Derry City to ensure the Hoops had a happy league trophy presentation on the pitch after the full time whistle.

The win for the three-in-a-row title winning Hoops leaves them ten points clear of Derry City going into the final game of the season next Sunday and the clean sheet means that Alan Mannus now has the outright league shut out record for Rovers of 98 clean sheets.

Stephen Bradley's son, Josh, who is currently being treated for leukemia lifted the trophy alongside Hoops skipper Ronan Finn after the final whistle.

Peter Fitzpatrick captured the action from the game and the celebrations on the pitch afterwards - check out his gallery here.