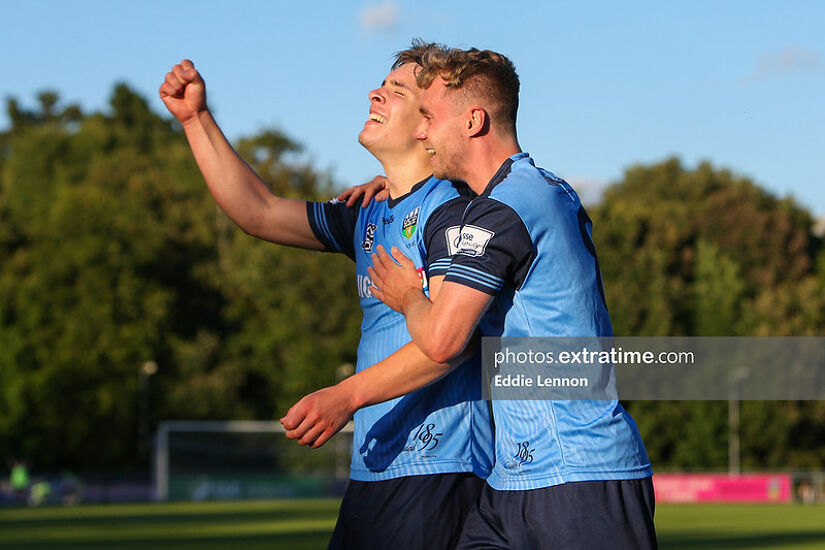 UCD confirmed their spot in this season's promotion/relegation play-off after coming from behind to defeat Finn Harps at Finn Park.

The defeat means that Finn Harps have been automatically relegated to the First Division after four consecutive seasons in the top flight.

Conor Tourish opened the scoring but that lead was quickly relinquished via a strike from Mark Dignam.

Tommy Lonergan netted midway through the second half and he converted a spot kick a few minutes later to seal the three points and to save UCD from the automatic drop zone.

This game of huge significance got off to a slow start at Finn Park. UCD hit the first shot on target via a Jack Keaney free kick while Finn Harps tested the away rearguard with a couple of early corners.

Sean Brennan had an effort from range fall wide of the goal for UCD while Dara Keane headed into the side netting in a cagey opening 20 minutes.

The hosts took the lead in the 29th minute courtesy of a set piece launched in from right by Regan Donelon and Conor Tourish got on the end of it at the back post in a crowded penalty area.

However, UCD replied instantly. Mark Dignam wasn't closed down 30 yards from goal and he hit a rocket into the top left corner.

Harps almost regained their lead five minutes later but Kian Moore got his fingertips to the ball to thwart a Donelon free.

At the other end, Dignam had another pop from range but he saw this effort crash off the base of the post while Donelon whipped a curling free kick narrowly wide moments before the interval.

Similar to the first half, the second started in quite a hesitant manner with Keane getting the only chance of note which he fired wide before the hour.

After an evenly balanced game, UCD took the lead on the counter attack in the final 20 minutes. Keane played through Tommy Lonergan on the left side and he cut inside which allowed him the space to curl an effort into the bottom right corner.

Just over five minutes later, UCD were awarded a spot kick for handball against Conor Tourish after a cross from Evan Osam.

Lonergan stepped up and converted in style with a calm chip right down the middle.

Lonergan had a chance to seal his hat-trick in the final ten minutes but found McKeown equal to his low shot while at the opposite end Filip Mihaljevic came close to reducing the deficit but his effort was smothered by Kian  Moore.