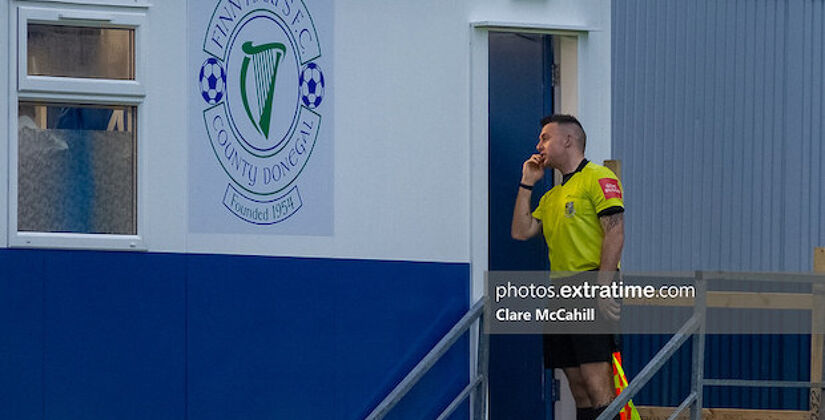 It’s been all change at Finn Park during the off season with many departures from the Donegal club including Adam Foley who now plays for Drogheda United.

“Drogheda were the only side we didn’t earn a victory over last season and will provide very tough opposition,” Horgan said, speaking to the club’s website.

“They have lost a lot of bodies themselves to sides like St Pat’s and even across the water to the likes of Blackburn Rovers and Hamilton in Scotland which shows the quality they had within their ranks.

“They’ve recruited well however and still have bags of experience in that squad with Dane Massey and Gary Deegan, and even Keith Cowan who was with us for a number of years and I’m sure he will have the lads well prepared for what to expect coming up here.

“Tim and Kevin have done a fantastic job there and while Tim has moved on I’ve no doubt Kevin will continue on the work they started and we’re going to be in for a savage battle come kickoff on Friday night.”

In team news, Mark Timlin, Mark Anthony McGinley, Barry McNamee and Ryan Rainey are all doubts for the fixture while Ollie Horgan will be in the stands serving a suspension.

Kevin Doherty takes charge of his first game as manager of Drogheda United after Tim Clancy’s departure to take up the vacant role at St Patrick’s Athletic.

He has recruited shrewdly with Adam Foley making the switch from Finn Harps with Dylan Grimes, Andrew Quinn and Dayle Rooney also among the new recruits at United Park.

United’s good record against Harps should give them confidence going into Friday night with the Louth side going unbeaten against Harps during 2021.

With how competitive the Premier Division will be this year, Drogheda will be looking to get a win against one of their potential bottom half rivals to take an early positive step towards securing their top flight status for 2023 again.

Drogheda United had the superior record over their four meetings last season with Harps being beaten twice and drawing twice with the Louth side.

Ollie Horgan is entering his eighth season as manager of Finn Harps, making him by some distance the longest serving manager in the League of Ireland currently.

This will be Kevin Doherty’s first game as manager since 2016 when he was manager of Shelbourne.