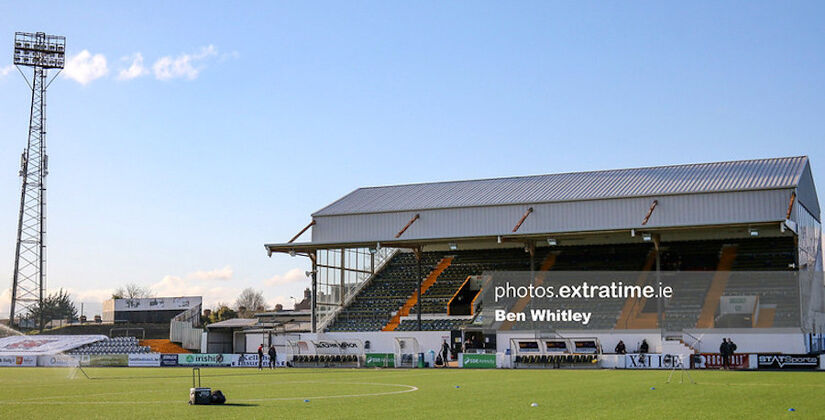 Pat Hoban came to Dundalk’s rescue with an injury time goal to earn a point for his side as they drew 1-1 with Derry City.

The late equaliser kept the Lilywhites in second spot in the table and maintained their unbeaten league run for this season. They are now six points off league leaders Shamrock Rovers with the Hoops having a game in hand.

The Candystripes had been set to jump above Dundalk in the table but Hoban’s goal leaves them third, eight points off top spot.

It took just 11 minutes for the City to take the lead with the goal coming through James Akintunde. There was a rare error from Greg Sloggett who coughed up the ball to give the chance to the visitors.

Akintunde got the ball in the box, faked a shot with his right putting Andy Boyle on his back side before cutting back onto his left to drill a low effort by Nathan Shepperd.

Dundalk were disrupted by a couple of injuries midway through the first half. Stephen O’Donnell had to reshuffle his team when first Paul Doyle and then Dan Kelly went off injured all within in a three minute period with debutant Alfie Lewis and Ryan O’Kane drafted onto the pitch.

It was O’Kane who came closest to equalising just before the break when he showed great grit in the midfield to win the ball. He took the ball on, played a one-two with Hoban, and his left foot shot only stayed out thanks to a super save from Brian Maher diving full length low to his left.

The visitors did have chances to extend their lead with Joe Thomson wasteful when he was played in on goal but his heavy touch allowed Shepperd to come off his line so smother the ball.

Early in the second half, Sam Bone stepped forward with the ball. His low left foot shot just fizzed by the Candystripes goal.

On the hour mark Lewis Macari did oh so well to take the ball off the toe of Glass when he was looking to sweep the ball home at the back post.

Dundalk worked the ball quickly from back to front to set up Bradley. Shepperd drove it wide to Dundalk skipper Pat Hoban who cut in to play in Bradley. He stepped in from the right wing and his left foot effort was only just off target.

Michael Duffy, came off the bench to be back on the pitch at Oriel Park but in Candystripes, whipped a free kick over the Dundalk wall but couldn’t beat Shepperd.

Dundalk pressed hard in the final quarter to try and grab a goal to maintain their league unbeaten run. Three minutes into injury time Hoban, as he has done so often, popped up to power home a crucial goal for the Lilywhites.

He rose high to head home into the top corner of the net from Bradley’s cross leaving the Candystripes bitterly disappointed. Ruaidhrí Higgins’ side will now welcome Shamrock Rovers to the Brandywell next Friday evening while the Lilywhites hit the road to Dublin and Dalymount Park.

With the launch of our new site, our app in the Play Store has also been upgraded.