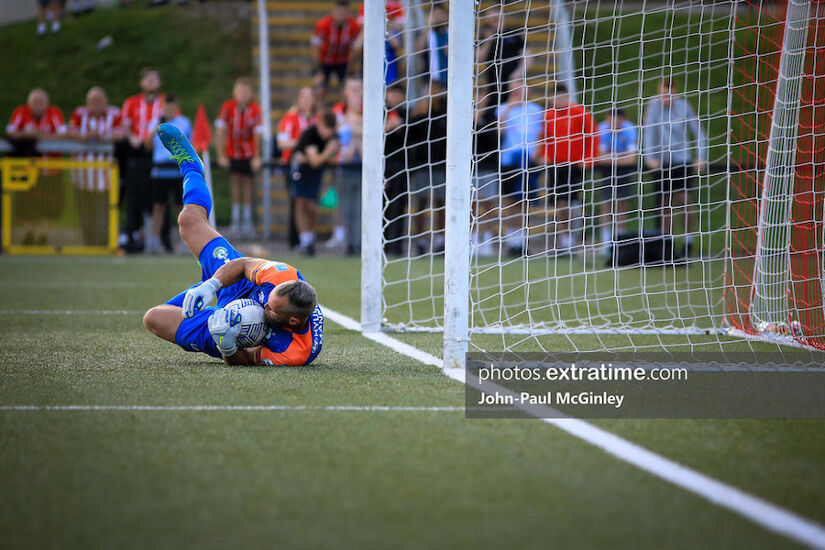 Alan Mannus was the hero for the Hoops as he saved a first half-penalty from Will Patching and pulled off another stunning save in the second half to prevent substitute Michael Duffy as Derry couldn’t quite break down a resolute Rovers side.

The scoreless draw means the Candystripes remain third in the table eight points behind league leaders Shamrock Rovers. Derry trail a Dundalk side, who have played a game extra, by four points.

The photo gallery from the game can be viewed here.

Our latest Euro Wrap looks back on the LOI clubs in third round qualifier action this week with summary of overall prize money earned and update on UEFA coefficient https://t.co/FYCJv45lbE pic.twitter.com/EeH1vykWC2

John-Paul McGinley is a freelance photographer who specialise in sport, event and portrait photography.