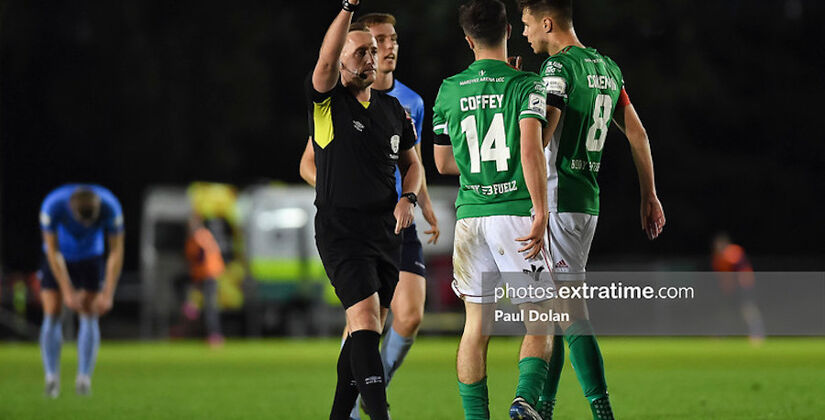 A hat-trick from Barry Coffey helped Cork City to a 6 - 1 victory over Athlone Town at Turner’s Cross on Friday evening.

The midfielder’s tally was complimented by goals from Cian Coleman, Ruairi Keating and Josh Honohan in front of 2,669 fans.

This was an open game inside the first ten minutes as Cian Murphy and Adam Lennon both had chances.

On 14 minutes Dylan McGlade released Coffey just outside the area and he finished neatly with the inside of his right boot for the opener.

The midfielder got his second of the night two minutes later when McGlade danced into space inside the box and squared to him.

After tapping in from close range, City went 2-0 up and Athlone had no response to the home side.

A corner from Matt Healy found Cian Coleman and City closed out the first half by going 3-0 up.

The midfielder put another corner just after the break and this one was knocked in by Honohan.

A collision between Murphy and Velikin led to referee Declan Toland giving City a penalty and Ruairi Keating put the spot kick into the bottom right corner of the goal.

Coffey completed his hattrick on the hour mark when he put in a low shot and the Athlone goalkeeper fumbled the ball on the line.

Colin Healy made a number of chances following this with Louis Britton, Uniss Kargbo, and James Doona all coming on for the Leesiders.

There were two minutes added time and the final kick of the match saw Valeri Dolia guide the ball in for late consolation goal for Athlone.