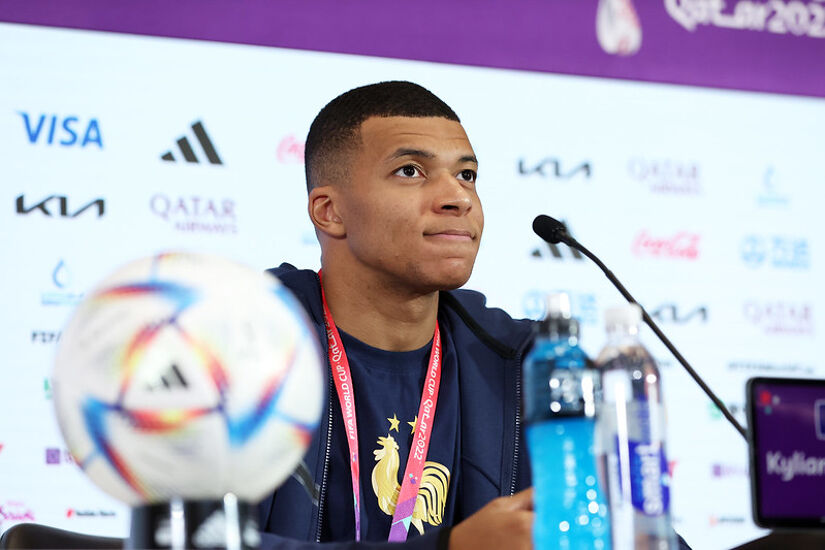 France will meet Argentina in Sunday’s World Cup Final after defeating a spirited Morocco 2-0 at the Al Bayt Stadium.

Morocco made history by reaching this semi-final, becoming the first African team to do so and have played very defensively in their superb run – conceding just one goal before Wednesday’s fixture.

Aguerd was later pulled from the line-up just minutes before kick-off with Achraf Dari taking his place at the back.

France made two changes to the side who claimed victory over England last Sunday with Adrien Rabiot and Dayot Upamecano being forced out of the squad with illness.

It took the current holders just five minutes to score when full-back Theo Hernandez got on the end of a fumbled ball at the far post.

Antoine Griezmann initiated the action when he brought the ball down the line, slipping Jawad El Yamiq on the right before squaring to Kylian Mbappe.

The latter’s shot in front of goal was then blocked, with a second attempt blocked yet again before falling to Hernandez who got a high boot to the ball and tapped it past Bono in goal.

The early goal did not deflate Morocco, and they persisted on goal throughout the half, but their captain Saiss was forced off after 20 minutes in due to an ongoing hamstring strain as his side trailed.

One of the biggest talking points of the first-half came at the 30-minute-mark when Sofiane Boufal was through on goal before Hernandez challenged with a late tackle.

It did appear to be 50/50 as both were late, but Hernandez just about got his boot to the ball first, leaving Boufal with a booking and without an anticipated penalty.

Olivier Giroud also had chances to double the lead throughout the half with the best attempt coming close to the half-time whistle when he hooked a shot goalwards but the ball was flung just wide.

He had time and space to walk it in, but alas it was the French who maintained the lead going into half-time.

Les Bleus were on the back foot as the second-half commenced and Morocco looked to be the more dominant force early on.

Hakim Ziyech, Achraf Hakimi and Azz-Eddine Ounahi all did a superb job throughout the half with their sublime passing and pressing, especially on the wing, but France were just too strong.

Ibrahima Konate, in particular, saved France on several occasions while at the other end, it was Sofyan Amrabat and Hakimi who were trying to keep Mbappe out of the danger zone.

It was a high tempo final third with both teams desperate to score, but it was Didier Deschamps’ men who secured the final goal of the night with ten minutes left on the clock.

Eintracht Frankfurt’s Randal Kolo Muani made his way onto the pitch replacing Ousmane Dembele and with his first touch, placed the ball neatly past Morocco’s Bono to double the lead.

Mbappe worked tirelessly by dancing around the Moroccan defence in the build-up before passing it wide to Muani who was waiting at the far post and tapped the ball in from two yards out.

The Atlas Lions could do no more, despite their best efforts slip into Saturday’s third place game against Croatia as history makers.

France will encounter their fourth World Cup final on Sunday afternoon when Mbappe will meet Lionel Messi in the race for the Golden Boot, with both players now on five goals.