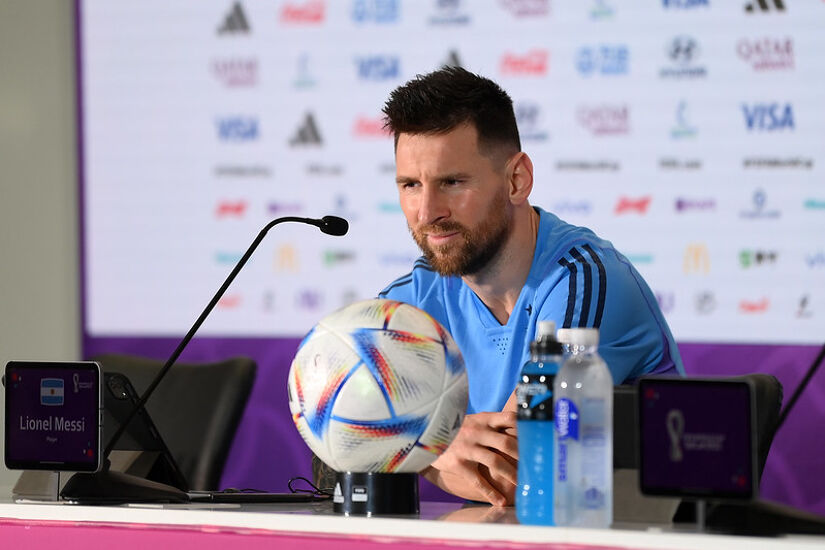 Lionel Messi made it five goals and three assists so far in this World Cup Credit: David Ramos/FIFA/Getty Images

The Lionel Messi roadshow continues unabated as he and his supporting cast of players powered Argentina all the way to the World Cup final with a very comprehensive 3-0 win over Croatia in the Lusail Stadium on Tuesday night.

The final result certainly does justice to Messi and his teammates as they were the much stronger and more positive side throughout and they will now have four days to recover before attempting to win the trophy for the first time since their 3-2 win over Germany in Mexico in 1986.

The opening 30 minutes of the match provided very little by way of entertainment as both sides seemed to take a long time feeling each other out.

Both teams had an equal amount of possession with Argentina possibly the more attack minded of the two.

The first shot on target did not come until the 25th minute when Enzo Fernandez tested Dominik Livakovic in the Croatian goal but the keeper was equal to it and he batted it away for a corner.

Croatia forced a number of corners during this opening phase of the match but they always seemed to over complicate their moves, a tactic which was to cost them dearly later in the game

The game turned in Argentina’s favour in the 31st minute when they went 1-0 ahead thanks to a Lionel Messi penalty. The Man City player Julian Alvarez was through on goal when he was upended by Livakovic and Messi blasted the resultant penalty high and hard into the back of the net, 1-0 to Argentina.

Livakovic got a yellow card for the foul and Chelsea player Mateo Kovacic followed him into the referee’s notebook for challenging his decision.

Croatia won a corner in the 38th minute but when it broke down, once again, Argentina reacted quickly and moved the ball to Alvarez who was inside his own half of the field.

The striker ran half the length of the pitch, beat three defenders and with Livakovic wary of getting a second yellow card, he managed to dink the ball past the keeper for goal number two.

Alvarez almost wrapped it up before half time when he had another strike on target, but this time Livakovic got down to well to make the save.

The start of the second half was scrappy but this suited the Argentina side who were content to soak up some increased Croatian pressure knowing they had that two-goal cushion.

Croatia’s set pieces were generally poor, and as well as their poorly executed corners they also made little use of their free kicks. Substitute Nicola Vlasic drew a foul on the edge of the box in the 46th minute but Luca Modric’s free kick was too high and went straight into the arms of keeper Emi Martinez.

Modric was nevertheless a hugely influential figure throughout for Croatia but even he ran out of steam in the second half, being taken off in the 81st minute, surely the last ever World Cup action for the 37-year -old.

The third and decisive goal for Lionel Scaloni’s side came in the 69th minute and it was one to savour. Messi won the ball on the right touchline, ran at the Croatian defence, ran rings around centre back Josko Gvardiol, skipped along the end line before pulling the ball back for Alvarez to do the easy bit, slide the ball in to net.

This was vintage Messi and it also signalled the end of the road for Croatia. They got to the final in Russia in 2018 and now the semi-final in 2022, a remarkable achievement for a country with a population of 3.9 million people.

Messi and co will be back at the Lusail Stadium on Sunday for the final, the momentum is certainly with them, it should be a cracking final!