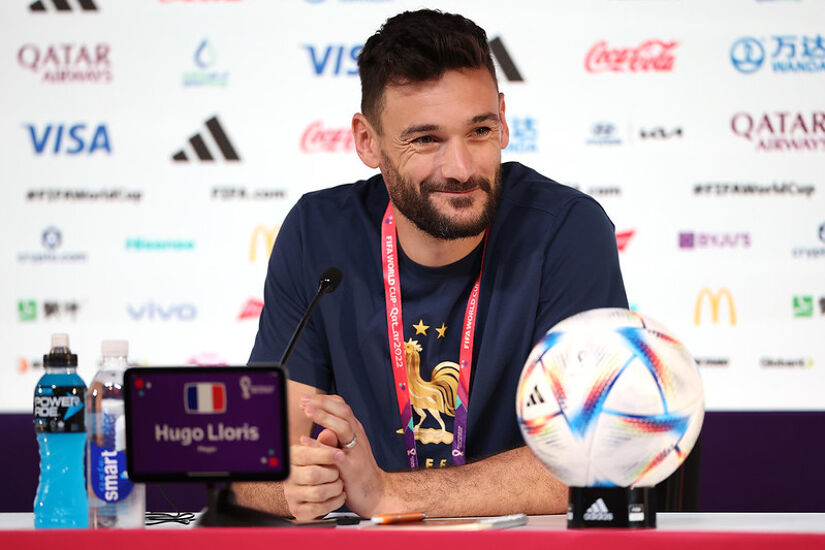 Just ahead of the kick-off in this World Cup ‘The Business’ by Tiesto is blasted over the PA as the team’s get ready for kick off. The lyrics, sung by Englishman James 'Yami' Bell, talk about ‘One more night to get this. We've had a million, million nights just like this. So let's get down, let's get down to business’.

Well at the business end of this World Cup when England came up against France, they failed losing 2-1 to the world champions. It is Didier Descamps' side who will get one more night in this World Cup – a semi-final to come against Morocco and maybe a final to follow.

On another night England might have found the gile to beat a resolute French defence but it was not to be on this occasion – it was another night that they exited the tournament far earlier than they would have wanted.

The four quarter-finals in Qatar served up such high drama and this game was no different with debateable refereeing decisions, big VAR calls and pressure penalties.

England skipper Harry Kane had two spotkicks but all anyone will remember is the one that he sent high into the near midnight sky above the Al Bayt arena late in the game.

Gareth Southgate's men had more of the ball throughout the game but couldn’t exploit that advantage in the first half and it was the World Champions who grabbed the only goal of the first 45. It came from a thunderous strike off the right boot of 22-year-old Aurelien Tchouameni.

His goal put England behind for the first time in the tournament.

The Real Madrid player picked up the ball from Antoine Griezmann and while he was still 30 yards from goal his driven right foot effort had enough power to beat Jordan Pickford’s despairing dive to nestle into the left hand side of the net.

The match up of Kylian Mbappe and Kyle Walker was one everyone was keeping an eye on and the PSG player was able to show a clean pair of heels to the England right back on a couple of occasions but England kept the French star relatively well shackled.

Gareth Southgate’s men had a first half shout for a penalty which went to VAR. It looked like Dayot Upamecano fouled Kane but it was adjuged just outside the penalty area so Brazilian referee Wilson Sampaio didn’t give a spot kick.

Kane did get his penalty kick in the second half though after Bukayo Saka was fouled in the box by Tchouameni. The Spurs player took his time to take the spotkick but he duly dispatched the penalty with aplomb as his club teammate Lloris went the other way.

That goal, his 53rd for the Three Lions, brought the England skipper level with Wayne Rooney’s all-time record for the English men’s team and his England side had all the momentum at this point.

However, it was France who went back in the lead in the 78th minute after Jordan Pickford first saved Olivier Giroud’s side footed effort but when the French re-worked the resulting corner Griezmann’s delicious cross was powered home by the head of Giroud with a helping touch off Harry Maguire.

Within five minutes Kane had the chance to draw his team level and take the outright lead as England lead goalscorer after Theo Hernandez barged into the back of Mason Mount in the penalty area just after the player had been introduced.

Kane stepped up but this time he sent the spotkick flying over the crossbar in the Al Bayt Stadium – a mistake which meant that England exited the tournament with a seventh quarter-final defeat from the ten they have played in the World Cup.

It is France who book their place in the semi-final next week against Morocco becoming the first defending champion to reach this stage of the competition this century.