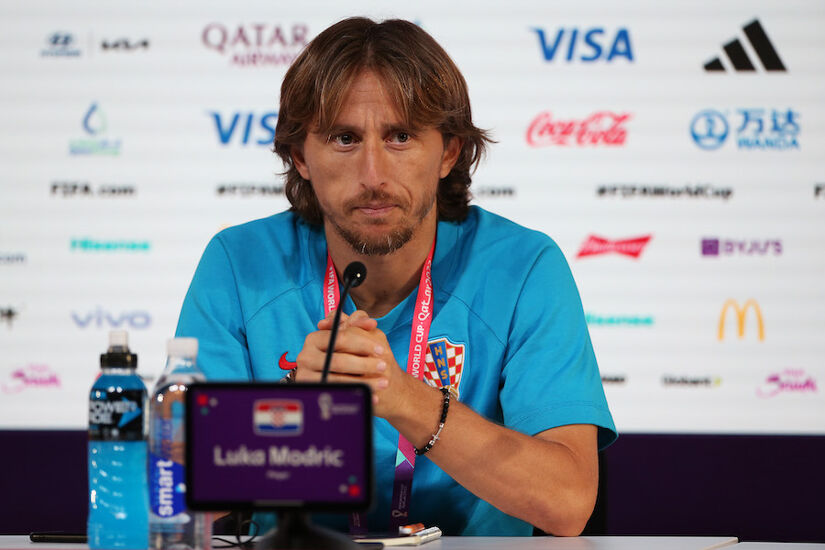 At one stage it didn’t look like Croatia would qualify from the group at this World Cup, but they are in their second straight semi-final after their fourth successive penalty shootout win saw them shock Brazil 4-2.

Marquinhos missed the decisive penalty with Neymar a mere spectator for the eight spot kicks while Croatia put their star men up first from the spot.

A fascinating tactical tussle was scoreless at the 90 minute mark and the game went to extra time. Neymar thought he had won it for Brazil with a goal in the 106th mninute but a late deflected strike from substitute Bruno Petkovic saw Croatia go to penalties for the second game in a row.

Nikola Vlasic opened the scoring for Croatia from the spot before Dominik Livakovic proved the hero yet again for Croatia as he saved a tame Rodrygo penalty.

Alisson was beaten down the middle again by Marko Livaja before Casemiro kept Brazil alive.

Mislav Orsic put Croatia on the brink of another World Cup semi-final and they were there after Marquinhos botched the crucial fourth penalty kick when he struck the post.

Neymar who equalled Pele’s goal tally, thought he was the hero in extra-time but he could only watch on from the halfway line, not given the opportunity to take a penalty.

But Croatia are a remarkable team, a generation on its last legs without previous heroes such as Mario Mandzukic and Ivan Rakitic and yet they refuse to lie down. Zlatko Dalic has exerted the maximum and then some from this group of players yet again. They went to the well once again and came up with a pale of water.

Neymar was largely ineffective but in the one additional minute of the first half of extra-time the talismanic figure came up trumps with a fabulous individual goal.

The PSG star picked the ball up in midfield and played two elegant one-twos with Rodrygo and Lucas Pacqueta before showing superb balance and poise to beat Borna Sosa and Croatian keeper Dominik Livakovic and finish into the roof of the net.

There was no dancing – after 105 minutes of grit and sweat you would be too knackered to break out the samba steps – but there was adoration for Neymar and relief from all his teammates as they finally drew first blood in this chess match.

Richarlison, Vinicius Jnr and Raphinha were all withdrawn while Neymar stayed on and manager Tite was proved correct in his decision.

Three minutes before that, Marcelo Brozovic passed up Croatia’s best chance of the match as he skewed high and wide after substitute Bruno Petkovic teed him up.

This is a game that will be remembered much for the tactical fascination and midfield battle rather than any drama before the penalties and perhaps it was no surprise to see Croatia stifle the Brazilians and take their fifth successive World Cup knockout game and ninth in major tournaments to extra-time.

Having fallen a goal behind the Croats emerged from the shell they had been cocooned in for approximately an hour and broke up the field through the glorious Luka Modric. Petkovic was summoned as a second half substitute and was off the pace for large parts but he struck gold via a Marquinhos deflection to draw them level with four minutes of extra time remaining.

Croatia had the better of proceedings in a very tactical first half that resembled a chess match as the pieces on the pitch shuffled between positions. Celtic’s Josip Juranovic nullified the threat of Vinicius Junior while proving a constant menace going forward with several barnstorming runs.

Brazil came out swinging in the second half and Livakovic kept his side in the game with a string of good saves, denying the likes of Neymar, Pacqueta and even sparing the blushes of Josko Gvardiol who almost turned into his own net.

The Croatian stopper was a constant sense of calm, dashing off his line to narrow angles and block efforts among the chaos that unfolded in front of him at times.

It wasn’t a good night for VAR, Danilo should have seen red for a reckless high foot on Juranovic early in the opening period but the right back was also lucky not to have a penalty given against him.

He survived a VAR handball check – the decision was right but based on what we have seen so far in this tournament he was blessed Michael Oliver didn’t turn to the screen.

Brazil were heavily fancied pre-tournament and after a rather mundane last-16 their loss follows a similar tale of shocks from the group stage but it could have huge ramifications on the seven sides still remaining ahead of Friday night’s second quarter-final.

The elimination of Brazil opens the draw for Netherlands and Argentina who meet in the other quarter-final in their bracket while the much anticipated game between France and England is set for Saturday – although a Cristiano Ronaldo-less Portugal have announced their candidacy as World Champions ahead of their game against Morocco.

Again, it wasn’t a game of great quality, not many have been, but it delivered in drama again.