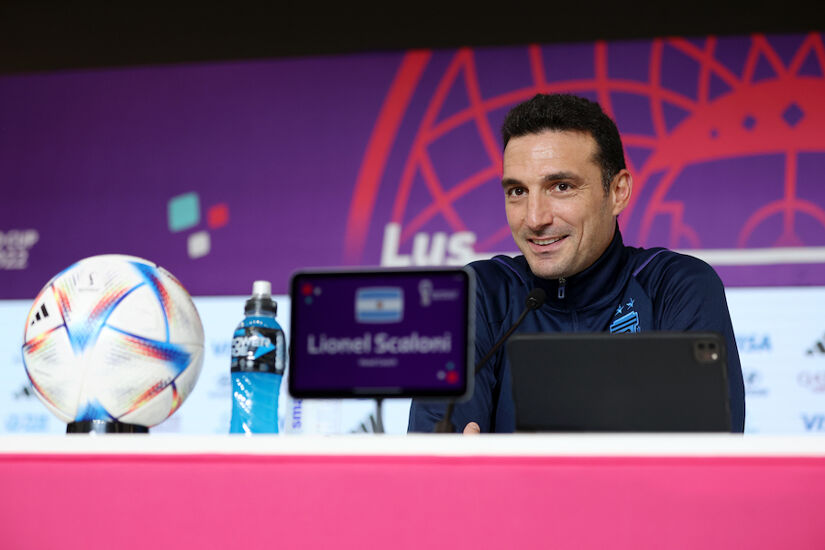 It is the World Cup Final between Argentina and France. It is the World champions against the South American hampions and it is, of course, Lionel Messi versus Kylian Mbappe.

Both players wear the number 10 jersey synonymous with players who were inspirational in lifted the World Cup for their country - Diego Maradona and Zinedine Zidane.

The two players, with five goals each, are also vying for the golden boot.

The focus of Sunday’s final in Qatar is the two world class attacking options for each team as they battle to win their country their third World Cup crowns but the Argentinian manager Lional Scaloni says the final is more than just that matchup between those footballing superstars.

On the eve of the final set for Lusail Stadium, where Argentina lost their first game in this tournament, Lionel Scaloni was asked how he plans to stop Mbappe.

“France is not only Mbappe, no matter how a great footballer he is,” said the Argentinian manager. “I believe the squad has a whole team behind him, and they make him a better player, if that's possible.

“He's one of the star players – he's young, and he'll continue improving, no doubt.”

There are plenty of other attacking options for France and a player who has shown remarkable versatility is Antoine Griezmann who could be viewed as playing a ‘super domestique’ role for a French side looking to become the first team in 60 years to retain the World Cup.

“Beyond Messi and Mbappé, we think both teams have enough resources so the match can be settled by other players, and not necessarily both of them,” said Scaloni.

“From our side, Leo is doing good. And we hope to win. But this is a match between Argentina and France,         and there are enough footballers to set it.”

Goalkeeper Emiliano Martínez was the hero for Argentina in their feisty quarter-final penalty shootout win over the Netherlands. The Aston Villa keeper spoke about the French attacking options he will face.

“It's not about one player: the front four can be very dangerous, they have a great defence, with world-class defenders regardless of who plays,” said Martinez.

“They're a great team, so it's not just about one player. We know we can pose a threat, so although we know how good they are up front, we'll try to play our game and cause them problems.”

Messi is set to play his 25th World Cup game which will see him overtake Lothar Matthäus as the record appearance-maker in FIFA World Cup history. Argentina have just the one defeat (to Saudi Arabia last month) in their last 42 matches – which includes their run to become South American champions.

“Leo's happy, of course, like all Argentinians - you can see that on the pitch.  Leo was fantastic in the Copa América, the best I've ever seen him but in this World Cup I think he's been even better than he was in the Copa América.

“He's much better physically and as a footballer, and it was hard to be even better than Messi was in the Copa América. He's doing well, and that really inspires the team. It helps us to see him at his best, really up for it and really enjoying it.”