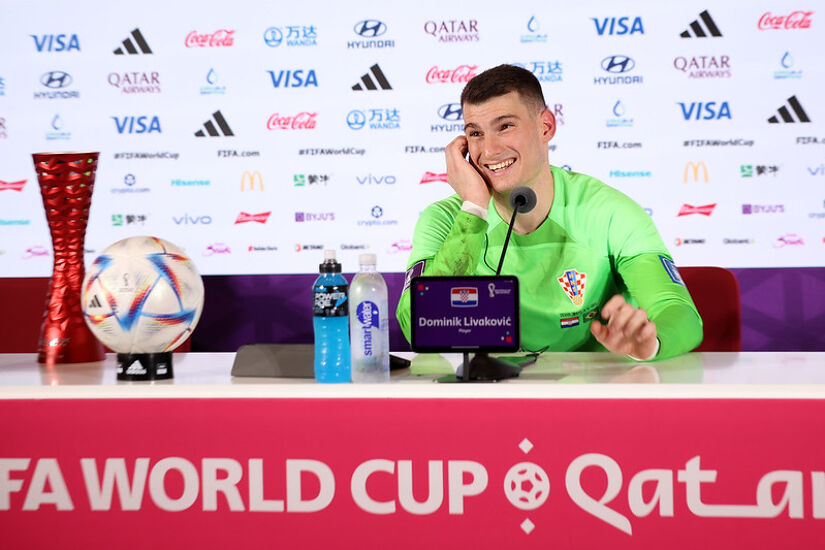 Croatia bow out of the 2022 World Cup as bronze medallists after defeating Morocco 2-1 in the third-place play-off on Saturday afternoon at the Khalifa International Stadium.

This particular fixture in the World Cup calendar is usually overlooked but both teams were evidently determined to pick up a medal following their superb performances throughout their time in Qatar.

Walid Regragui made three changes to his Moroccan side who suffered their first defeat of the tournament to France in the semi-final.

Romain Saiss and Nayef Aguerd remained sidelined with injury having been prominent in defence throughout the tournament.

Croatia made five changes to their team who lost to a dominant Argentina in the semi-final but included Luka Modric in the starting XI for what was predicted to be his final World Cup game.

The game started off well in stark contrast to the previous meeting between the two sides in the opening game of Group F, which finished 0-0 with four shots on target between both teams.

It took Croatia just seven minutes to snatch the lead when Josko Gvardiol nodded the ball past Morocco’s goalkeeper Bono from a set-piece.

Morocco, however, were not left stumped by the early lead and took just two minutes to grab the equaliser in front of a captivated crowd at the Khalifa International Stadium.

Chelsea’s Hakim Ziyech supplied a beautiful inswinging free kick which Croatia’s Majer attempted to clear out of danger, but his header sent the ball deeper into the box meeting defender Achraf Dari who headed it past goalkeeper Dominik Livakovic from five yards out for his first international goal.

Both teams continued to play at a high pace as the scoreline was level, with Modric whizzing a low shot through the defence on the 20-minute-mark, but Bono got his hands to it in time, despite spilling it on the initial attempt to save.

Ziyech, who was playing in his 50th appearance for his nation despite announcing his retirement 15 months ago before making a shock return ahead of this tournament, played in several superb crosses to the box, with the closest attempt being poked inches wide by Morocco’s main striker Youssef En-Nesyri.

It was Croatia’s Mislav Orsic who gifted his side the lead just before half-time with a fantastic goal for the Dinamo Zagreb winger.

Marko Livaja flicked the ball to Orsic who then floated a shot from the edge of the box towards goal, the ball hitting the inside of the far post before falling into the net on the rebound.

Despite the energetic start to the game, it was a rather slow and quiet second-half as Croatia did well to defend their lead.

The only real chance on goal came when substitute Nikola Vlasic took a shot from distance as he was unmarked, but the ball whizzed over the bar and into the crowd.

The biggest talking point of the half came with 15 minutes left on the clock as Croatia’s Josko Gvardiol was brought down in the box by Sofyan Amrabat as the Moroccan midfielder nicked the back of Gvardiol’s ankle as he was through on goal.

Despite it being an unmistakable penalty, the Qatari referee waved away the appeals from Croatia with the incident being ignored by VAR.

En-Nesyri came very close to bringing the game to extra-time when he jumped to meet a cross into the box in the sixth minute of added time at the end of the half, but the ball went inches wide as the referee blew the final whistle.

Croatia deservedly grasped the title of third-place winners after finishing second to France in the 2018 tournament.

Captain Modric has been a tremendous leader throughout the campaign and has helped the younger talent to bring out their potential, despite not having names like Ivan Rakitic and Mario Mandzukic around him at this edition.

Regragui, who only stepped into the position of Morocco’s head coach in August, has completely rejuvenated the team who, although had a clean sweep of wins in their qualification process, looked like a dominant force from the first whistle at the Al Bayt Stadium 24 days ago.

Players such as Achraf Hakimi, Sofyan Amrabat and Azzedine Ounahi have been spectacular, and are among the players of the tournament in what has been a huge achievement for African football.