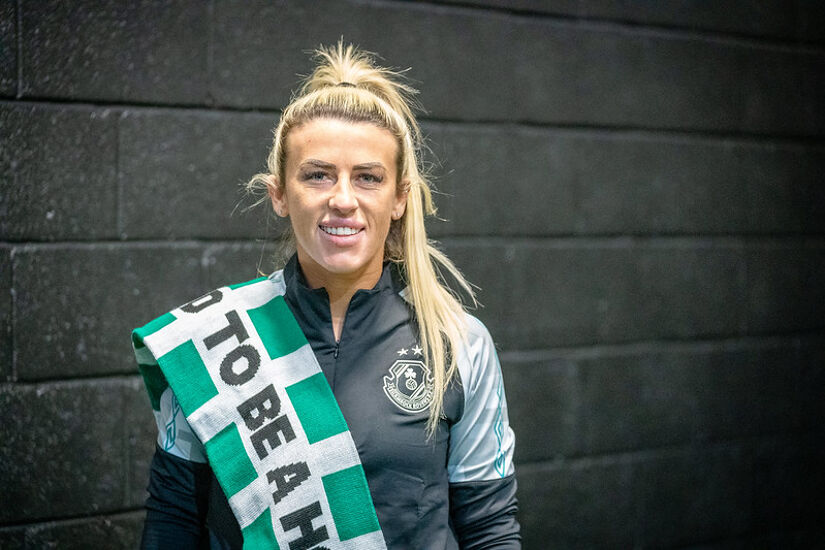 Hoops broaden their squad horizon with signing of Savannah McCarthy

The Republic of Ireland defender, who hopes to be part of Vera Pauw’s World Cup squad, has joined the Hoops having been part of Galway WFC’s WNL side in recent seasons. Prior to that she played with Cork City and Glasgow City. She will join fellow internationals Abbie Larkin, Stephanie Zambra and Áine O’Gorman in Tallaght.

“The chance to sign for a club with such a professional environment, a top coach and excellent facilities was an opportunity I could not turn down,” said 25-year-old McCarthy who is returning to the game having suffered an cruciate knee injury last year.

“I am really excited about the new challenge and looking forward to getting back on the pitch. I would like to also thank everybody involved with Galway WFC for their help over the past few seasons”.

Rovers’ Head of Women’s football Jason Carey said: “I have known Sav a long time she is a fantastic player with tremendous quality, she has a great will to win and will bring vast experience to our team.”

Her new manager Collie O’Neill described her as “one of the best defenders in the country” and is delighted that “she will bring a massive amount of experience to our team.”

She is the 19th player to sign for Rovers as they return to the top level of women's club football in Ireland for the first time since 2014.

extratime.com caught up with O’Neill over the weekend to discuss his coaching career and the challenge ahead with the Shamrock Rovers women’s team:

Collie O’Neill: ‘Shamrock Rovers are really backing it. Whatever the men have, the women are going to have. It’s not just a token because women’s football is doing well at the moment.’ https://t.co/9S0oBsE7wT pic.twitter.com/mDieRo7kOo