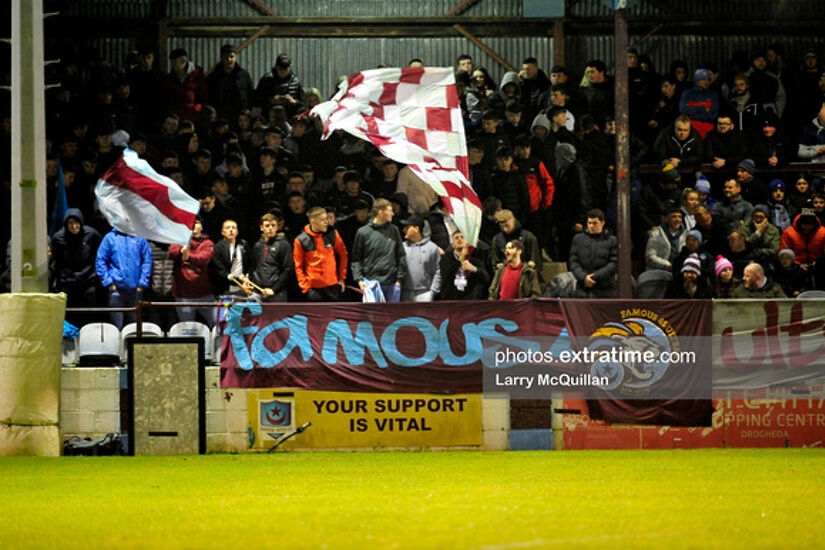 League of Ireland Premier Division Drogheda United have landed the services of Jarlath Jones ahead of the 2023 season.

Jones joins the Boynesiders from Athlone Town having impressed during the latter half of the 2022 campaign at the Athlone Town Stadium.

And he now joins Kevin Doherty’s side who have already added Aaron McNally, Ben Curtis and Emmanuel Adegboyega to their ranks.

Jones said: ““I came in on trial. Kevin and the whole team have been very good to me since I came in, and I’m very happy to sign for Drogheda.

“I’m from Monasterboice and I grew up watching Drogheda play.

“I’d describe myself as a strong, versatile defender. I can play anywhere along the back line really.

“I’ve been with Dundalk U19s, and Shelbourne U19s and then moved to Athlone, where I had a good season.

“I’m looking forward to the challenge with Drogheda now, and hopefully I can learn, and contribute to the team, and I’m fully committed to keeping the club where they belong in the Premier Division.”

Teahan, a midfielder by trade, rose through the Kingdom’s underage set-up from Under-15 to Under-19 level.

Aladesanusi is a defender, while Silong is also a midfielder and will be hoping to make his mark under boss Billy Dennehy at Mounthawk Park.

Dennehy said: “I am delighted to have given all three lads the opportunity to be in and around a senior League of Ireland set-up.

“The opportunity is now there for them to go and take it.”