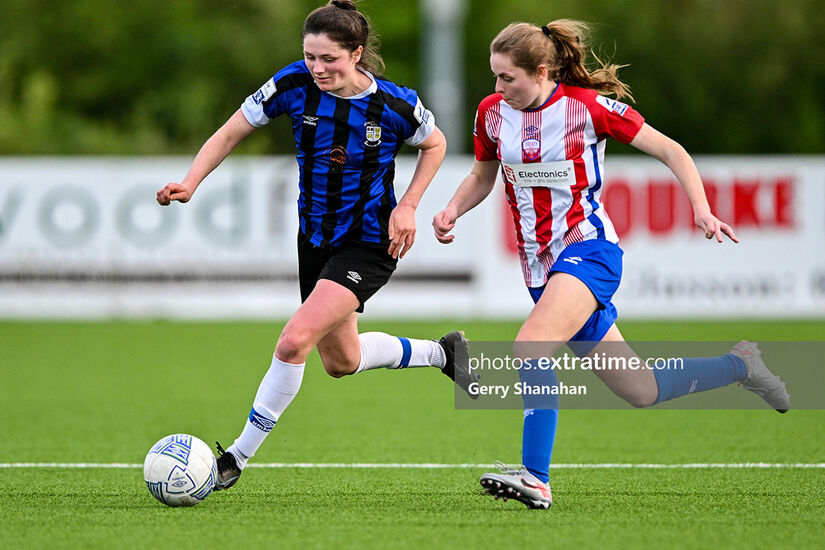 Treaty United have announced a pair of signings ahead of the 2023 Women’s Premier Division season with Emma Deegan and Katie Lawlee confirmed today.

The Limerick club have re-signed Emma Deegan with the defender entering her second season at the club, she joined ahead of the 2022 season and made 22 appearances under Don O’Riordan last year.

“I’m delighted to be re-signing with Treaty United for the 2023 season. I’m really looking forward to another exciting year with Treaty in the Women’s Premier Division.,” Deegan said, speaking to the club’s website.

Lawlee signs having been promoted from United’s academy. The Republic of Ireland under 17 international joined Treaty from Ballingarry last season and scored eight goals for their WNL under 17 side.

“We are delighted to have a young talent like Katie join us for the 2023 Women’s Premier Division season. I’m looking forward to working closely with her and continuing her development as a player,” new Treaty United manager Alban Hysa told the club’s website.