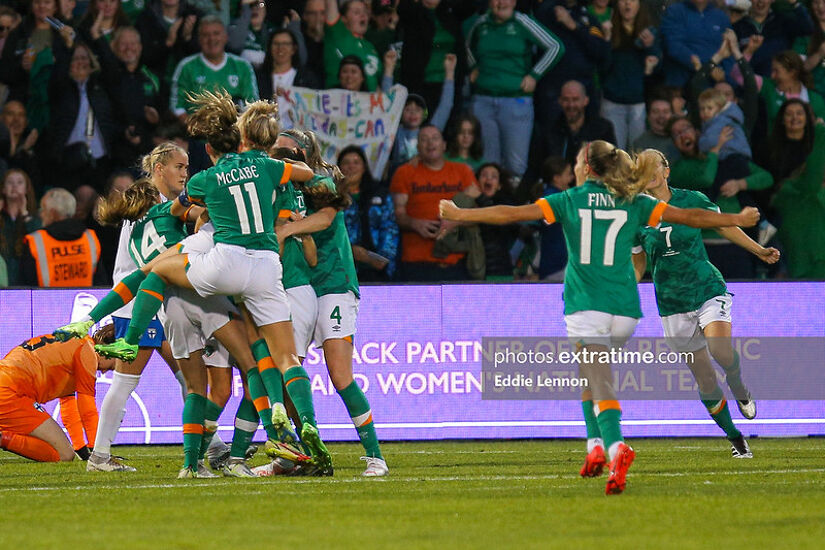 Girls in Green line up games against Germany and China

As part of preparations for the 2023 Women’s World Cup, Vera Pauw has lined up two matches for her Republic of Ireland side during their training camp next month.

The Girls in Green will take on China in an international friendly while they will also play Germany – although that game will be played behind closed doors.

The matches will take place in Marbella, the location in Spain where Ireland had a 10 day training camp last November during which time they won their friendly against Morocco 4-0.

Speaking about the upcoming camp, Vera Pauw said: “It is vital to our preparations for the World Cup that we make the most of every opportunity that we have together as a squad because we only have three international windows left before that tournament starts in July. This training camp will be key to those preparations.”

Germany are ranked second in the world with China 14th and last year won the AFC Women’s Asian Cup for the ninth time – which was their route to qualification for this summer’s World Cup in Australia and New Zealand.

“China are a technically very good team who will be different from the type of teams we have come up against before. Playing against them gives us the chance to experience the pressure of international football against a highly skilled opponent.

“We will also play against Germany in what we have agreed will be a behind-closed-doors game. This will be an excellent test for our players."

The China friendly will kick off at 2pm local time at the Estadio Nuevo Mirador on 22 February.

Ireland will also have international camps in April and will gather in June ahead of departure to the World Cup in July.