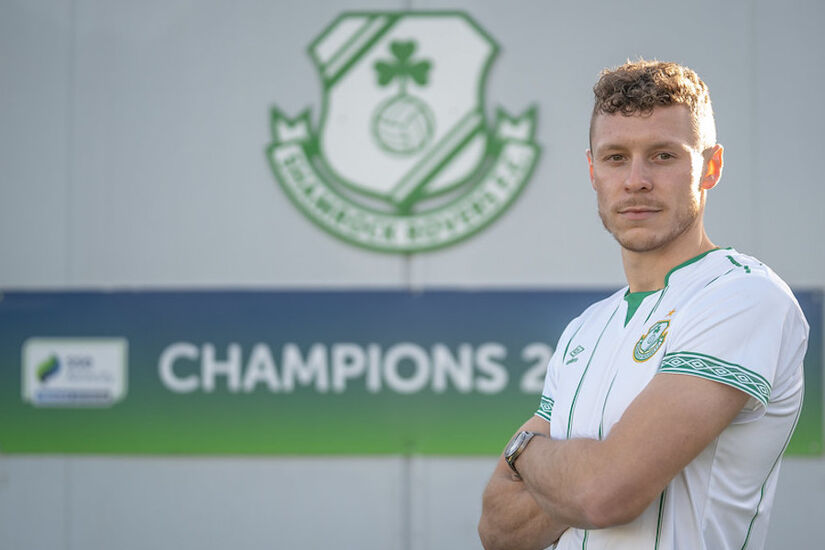 Stephen Bradley has secured for his side the services of Estonian international midfielder Markus Poom on a season long loan from Flora Tallinn.

The player joins Shamrock Rovers for the 2023 season and brings the experience of 13 international caps and three Estonian championships, as well as six appearances in the Europa Conference League group stage.

Poom was part of the Flora squad who defeated the Hoops in the play-off stage of the 2021 competition to become the first Estonian side to play UEFA group stage football. He started all six group games (home and away against Gent, Partizan and Anorthosis).

“We really like his attributes and how he plays the game,” said Hoops Head Coach Stephen Bradley. “We’ve watched him now for a long period of time, before we played Flora Tallinn when we would have watched a lot of them.

“We’ve had quite a bit of contact with the club over the last number of years and we’ve been enquiring about him for quite some time but in the last six to eight weeks we’ve known that it might be a possibility to get him in. Once we felt that the club was willing to do a deal with us, Stephen McPhail worked extremely hard to go and make it happen.”

Our midfielder has signed a one-year contract with the reigning Irish champions.🔝

Markus Poom: "I am very happy to join Shamrock Rovers. For me, this is the first foreign club and I am looking forward to the upcoming period."

“He has a lot of experience, when you look at the games he’s played and the level he’s played at throughout the years.

"Markus would tell you that he favours a number 8 position as a box-to-box midfielder, but we’ve seen him playing deep-lying and as a 10, so he’s played different roles in that midfield area.”

Born in Derby, he is the son of Mart Poom who played with Derby County, Sunderland and Arsenal goalkeeper.