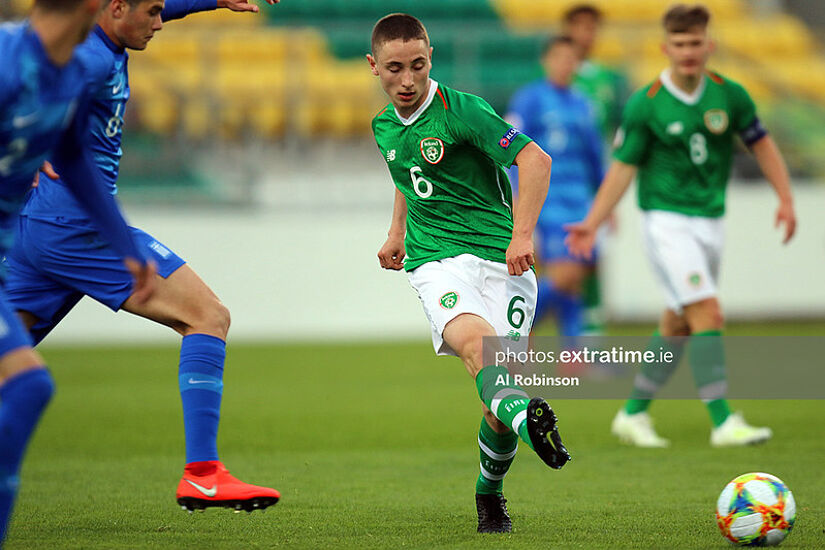 Wolverhampton Wanderers manager Julen Lopetegui was left ruing a couple of crucial officiating decisions at Anfield on Saturday but, after a 2-2 daw, it does mean his Wolves side can still reach the FA Cup fourth round if they can overcome Liverpool in replay to come.

While Ireland defender Nathan Collins picked up the man-of-the-match award, Lopetegui was impressed with Ireland u21 international Joe Hodge and Dexter Lembikisa who both made their FA Cup debut on Saturday.

“He [Dexter] and Hodgy, they have shown a good character and personality, and even quality because they have been able to play here and they have to believe in themselves,” said Julen Lopetegui speaking to his club’s website after the game at Anfield.

20-year-old Hodge made his league debut for Wolves back in September at Stamford Bridge and has played five Premier League games so far this season.

“But this is not about their age, this is about their quality and their character and to be ready to compete in this level. They are ready to help us in the next matches.

“They only have to continue working and to be ready for the next match. It is going to be much harder than today, for sure, because we are going to play against Nottingham Forest and it’s another kind of match, so they have to be ready for that one.”

Goals from Goncalo Guedes and Hee Chan Hwang set Wolves on their way against Liverpool and it looked like Toti’s goal grabbed them a late winner only for VAR to rule it out. The Wolves boss wasn’t happy with that decision or the one that allowed Mo Salah’s equaliser for the Reds to stand.

“The decision is not unfair, the decision is wrong,” said the Spaniard. “I make big mistakes every day but today we have the help of VAR and it was a pity because we saw the image and, sorry, but it’s not offside.

‘The most important thing about tonight is how we should be proud of our players. They showed themselves that they can play against any team.

"Liverpool is one of the best teams in the world, with the best squad and the best coach, so for us it was a very important test."