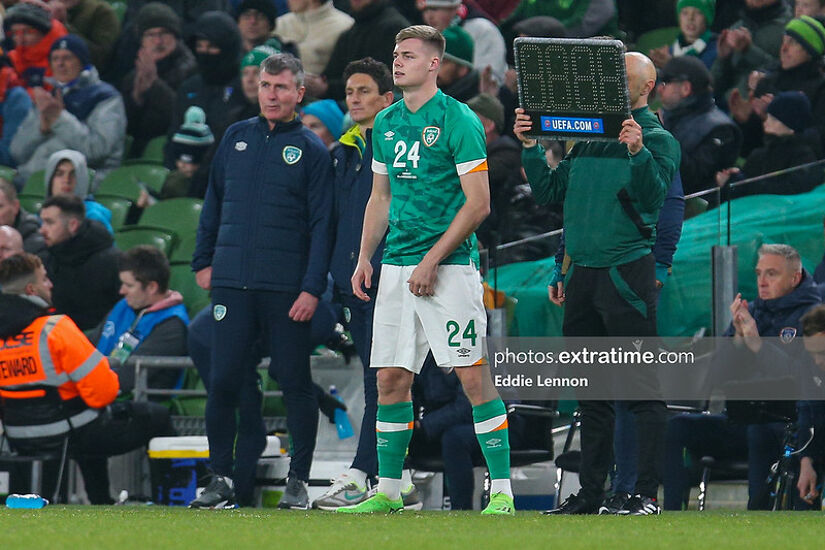 Evan Ferguson's goal for Brighton & Hove Albion against Arsenal on New Year’s Eve made him the youngest Ireland international to score a goal in the Premier League.

The former Bohemians player came on as a second half substitute at the AMEX Stadium just before the hour mark with his club 3-0 down to the league leaders.

Speaking to his club’s media team afterwards, 18-year-old Ferguson said that his manager Roberto De Zerbi “was looking for a reaction. He wants the subs to come in and try and get us going again and be positive. He has his full trust in us. I tried to come in and make an impact.'

In the 77th Ferguson got on the end of a Lewis Dunk ball over the top and he slid the ball below Arsenal goalkeeper Aaron Ramsdale to become the first 18-year-old to score for Brighton in the Premier League and beating the record held by Michael Obafemi as youngest Irish international goalscorer in the Premier League.

“I'm buzzing to get the goal,” said Ferguson who made his league debut back in February becoming the youngest ever player to play Premier League football for Brighton.

Arsenal ran out 4-2 winners and next up for Brighton is a trip to Goodison Park on Tuesday 3rd January.

“It was a disappointing result as we wanted to win the game but on a personal level it was good to get a goal.  Hopefully I can get going and look to get another in our game on the 3rd.”

Press box highlights from the https://t.co/94rjArrGiR team. In 2023 do you want to join our team? https://t.co/nNTgE5Hwbf pic.twitter.com/z7MwnU475k