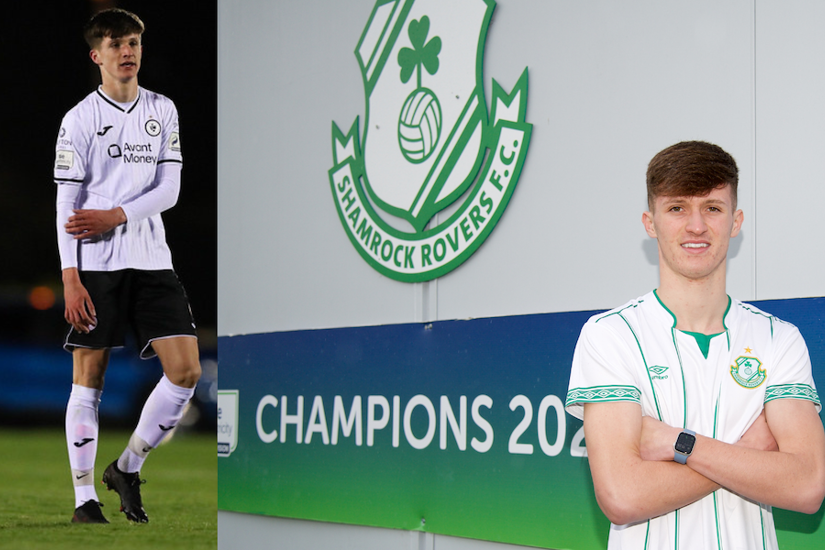 Shamrock Rovers’ new loanee signing Johnny Kenny had a number of playing options available to him but chose the join the Hoops in Tallaght for 2023 as he looks to ‘get a smile back’ on his face after limited first team opportunities in Scotland.

Kenny has signed for Rovers on a season-long loan from Celtic after the 19-year-old made 12 appearances on loan at Championship club Queen's Park. At the start of last year Celtic had signed the player from Sligo Rovers where he scored a dozen goals for the Bit O’Red during the 2021 campaign with 11 league goals and one in Europe.

“I couldn't wait to get here, once I'd spoken with the manager,” said the striker speaking to SRFCTV.

“There were a few clubs sniffing about. Once I talked to Stephen (Bradley) and his ambition for the club and what they've done in the past few years - winning leagues and group stage (of Europe) - you want to play at the highest level and that is why I wanted to come here and get a smile on my face.

During the off-season, Rovers lost teenage striker Aidomo Emakhu to Millwall – a forward who had played 22 times for the Hoops in the league last season.

Rovers have tended not to utilise loan signings as much as some of their rivals but the opportunity to bring the Ireland underage international in to bolster Rovers’ attacking options was at the forefront of Bradley’s mind.

"I think we've got really good options up front and when you add John into that mix, it only adds to it,” said Bradley on shamrockrovers.ie. “We have Rory (Gaffney), Graham (Burke) and Aaron (Greene) and then when you add Simon (Power) and Neil (Farrugia) to that, we've got real pace in that final third.

"In this team, with the chances we create and the way he plays, I think he'll really enjoy it and score goals.I went and sat down with Johnny a few weeks back and we had a couple of hours together and a good chat.

“One thing that really stood out for me was that he's really motivated to improve and kick on again. He's still very young and there's still lots of growth left in him. We feel we can help him fulfil that potential and he obviously feels he can fulfil that potential here, so it looks like a good fit for both.”