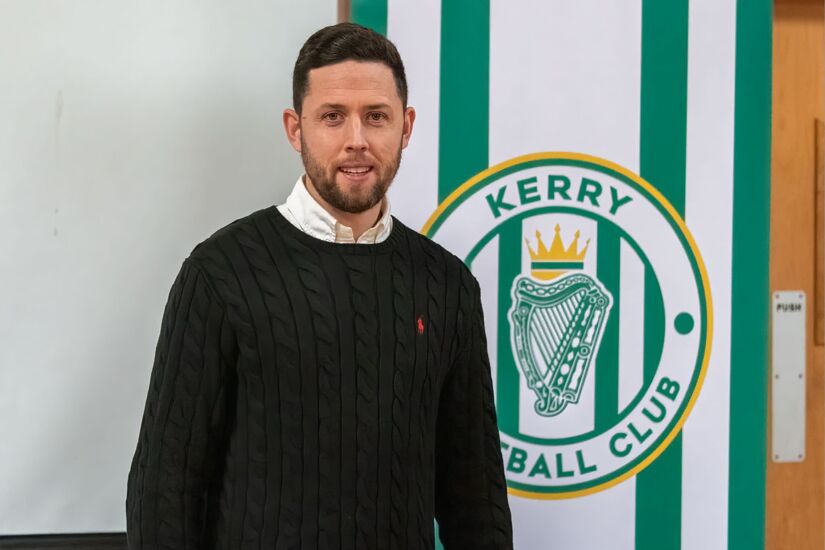 League of Ireland newcomers Kerry have unveiled the appointment of Billy Dennehy as the club’s first-team manager.

The former Shamrock Rovers and Cork City winger will combine the role with his position as Director of Football at the club.

The Kingdom will face Cobh Ramblers in their opening games as a senior League of Ireland club – and Dennehy is relishing the prospect.

He said: “I am delighted to be named as the manager of the first team for Kerry for 2023.

“This has been a project that I have been excited about for a long time and to finally see it coming to fruition is something I am immensely proud of.

“To be named as the manager of Kerry is something that means a huge amount to me and my family.

“Although I know it will be a huge challenge I am confident that Kerry will be extremely competitive in the 2023 season.”

The new Kerry boss has also unveiled the signings of Matt Keane and Sean McGrath from Treaty United and Cobh Ramblers respectively.