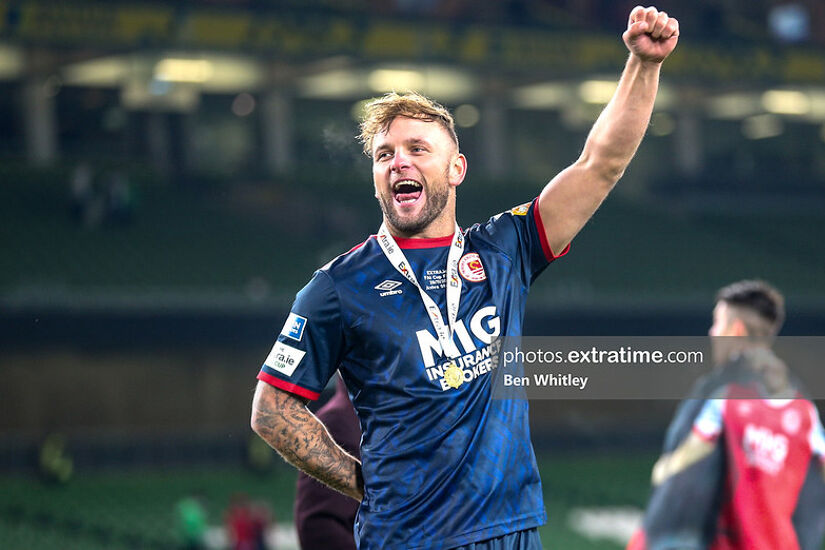 The former Celtic youngster has plied his trade at Head In The Game Park since departing Shelbourne at the end of the 2020 campaign.

And he will remain at the club for another year at least.

He said: “I’m very happy to be back. Obviously we have lost some players but there are some very key and important players and people still at the club.

Drogheda United are delighted to announce that goalkeeper Colin McCabe has signed a new deal for 2023.

“For me, I really want to continue developing and playing games.

“I want to build on last year, I’m coming into this season as hungry to learn and play as I have in the previous years and I’m looking forward to the challenges of what next season will bring.”

The 29-year-old put pen to paper on a one-year deal at Tolka Park.

Barrett explained: “I’ve spoken a lot to the manager and I feel like it’s the right move for me.

“I’m keen to be part of it and build on what the club achieved last year."

First Division Finn Harps have also unveiled the signing of midfielder Ryan Rainey for the 2023 season.

Rainey – formerly of Wolves – will be a welcome addition to new boss Dave Rogers’ ranks ahead of next year.

He added: “Last season was very tough for the supporters who were behind us all season even when results weren’t going our way.

“Hopefully now we can rebuild and get back to the Premier Division where we belong.”

The club is delighted to announce that Ryan Rainey has signed a new two year deal with the club!