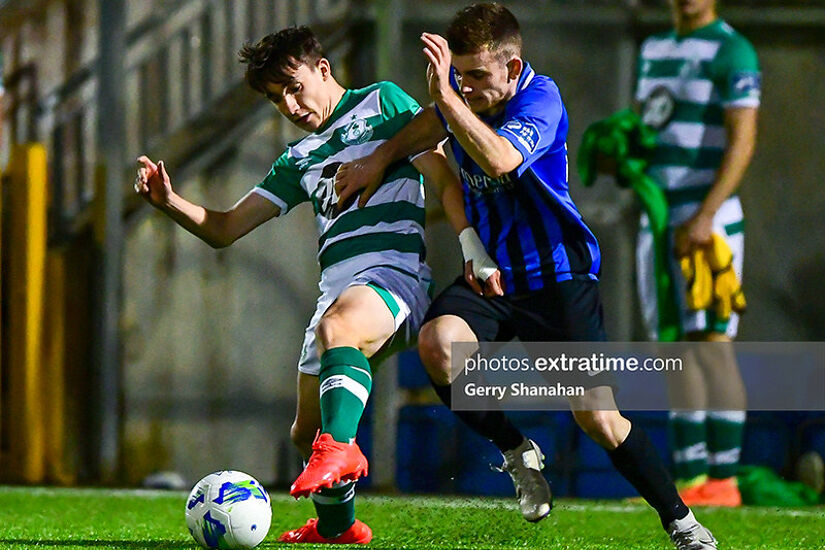 The Shamrock Rovers teenager has been a highly-rated prospect at Tallaght Stadium for a number of years.

And he has now linked up with Kevin Doherty’s side ahead of the 2023 Premier Division campaign.

The Drogheda-born forward joined the Hoops when he was just 14, and went on to make his debut at 16 with Shamrock Rovers II.

His debut came in a comprehensive 4-0 beating of Athlone Town – as Aidan Price’s side showed their class against the then Adrian Carberry managed side during the truncated 2020 First Division season.

Recently, the talented forward has been in and around Rovers’ first-team squad – and was on the bench for their European games against Gent, Ferencvaros and Hibernians.

He also scored in the UEFA Youth League against AZ Alkmaar with the Hoops’ under-19 side this year.