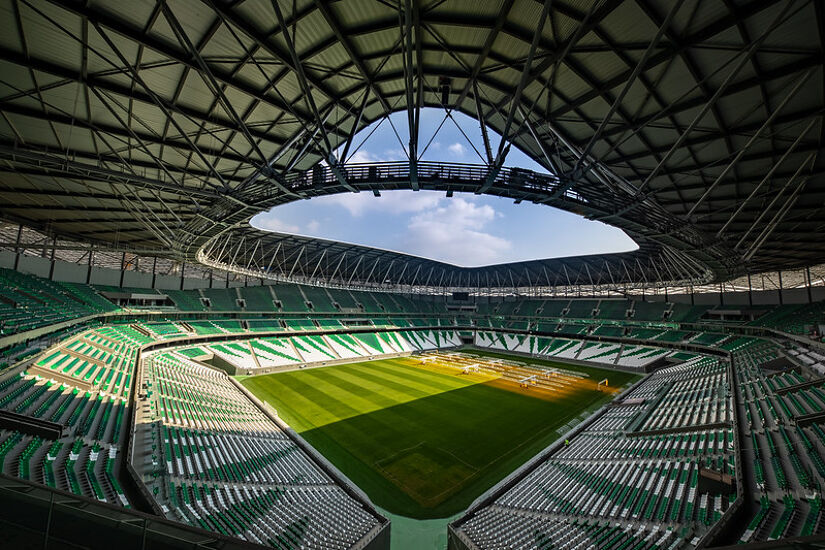 They were content to soak up pressure for most of the game and proved to be well organised and capable of breaking at pace when needed. They rode their luck but ultimately deserved their spot after prevailing on penalties.

It was a disaster for the Spanish side. They dominated possession without really cutting apart the North African side. Whenever chances did come their way, their finishing left them down. It showed when they failed in all of their spot-kicks.

Amid a hostile reception in the Education Stadium, it was Spain who begun the more dominant. Morocco were forced to sit back as the Spaniards had the majority of the possession in the early phases.

They were looking for the opportunity to hit on the break. One such break led to a free kick opportunity for Hakim Ziyech after Sofiane Boufal was pulled back. The chance went just over though.

Bono was constantly aiming to play the ball out from the back. This almost backfired on him as an errant pass was intercepted by Ferran Torres who played in Dani Olmo. His point-blank shot was tipped onto the bar from Bono and the resulting effort cleared off the line. It was ruled to have been offside in the build up though.

It was actually Morocco who had the better opportunities in the first half. Noussair Mazraoui won the ball from Torres and had a shot at goal from around 30 yards. It was saved by Unai Simon.

Nayef Aguerd then had a great chance from a set piece. Achraf Hakimi saw his initial effort half-cleared by Sergio Busquets towards Boufal. He beat his man and put a cross back into the area. The resulting header was wide despite being unmarked.

The Spanish players were getting frustrated by the lack of action by the referee regarding unpunished fouls by their opponents. It caused the game to be bogged down into constant stoppages and halted any coherent flow.

This continued into the second half. Spain seemingly happy enough to pass the ball sideways between themselves in the vain hope of finding some chink of light in the massed defence. Morocco sitting deep and breaking at pace whenever the occasion allowed them.

It did not make for a great spectacle for the neutral. It was indicative of the game when Alvaro Morata was caught offside 40 yards from goal.

A rare glimpse saw Morata run into box and reach the by-line. He chose to shoot from a very tight angle which went across the area. No-one was gambling to have a simple tap-in though. Walid Cheddira did have a chance but he failed to make sufficient contact on his shot. Morata put a late header wide near the end and extra-time was upon us.

The clearest chance in this period came when Moroccan passing sliced through the Spanish midfield to fall to Cheddira through on goal. He shot straight at the Spanish keeper though. Jawad El Yamiq almost scored an own goal as he attempted a clearance before Pablo Sarabia clipped the outside of the post in the final minute.

So the second game of this tournament went to penalties. Pablo Sarabia, brought on for the penalties, stepped up and missed his. Carlos Soler and Sergio Busquets also missed their attempts. For Morocco only Badr Benoun saw his effort saved. It was left to Madrid born Hakimi who clipped his straight down the centre for the winning kick.

The players celebrated in style and now carry the hopes of Africa and the Arab world at this stage. They will take on the winner of Portugal and Switzerland at 15.00 GMT on Saturday. For Spain, the inquisition will begin almost immediately.