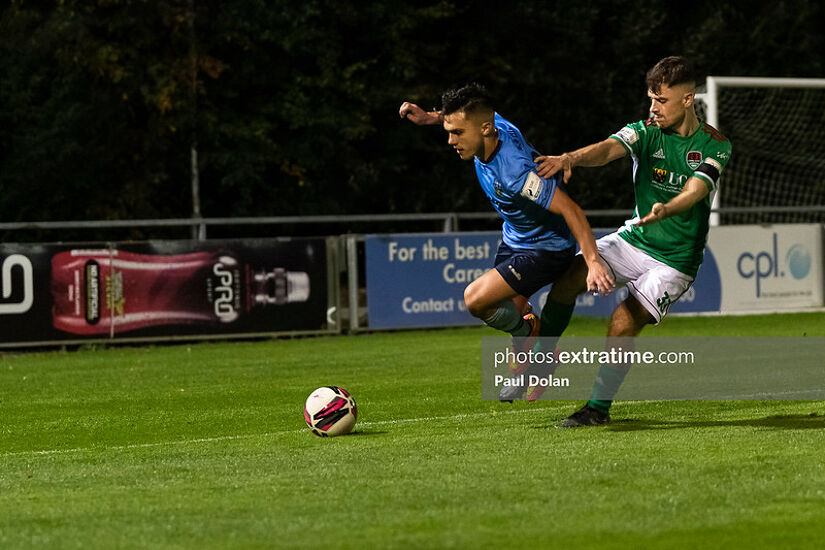 The former Shamrock Rovers and Cardiff City youngster has impressed under Colin Healy at Turner’s Cross since his arrival in 2021.

And he was able to round off his impressive spell on Leeside with a First Division trophy to his name.

But he has now signed on for another campaign with City, as the Rebel Army get set for their return to the Premier Division.

Healy said: “He is a really good professional, he trains really well and I am looking forward to seeing how he gets on in in the Premier Division.

“He has the ability to do very well, and I think he can have a big season ahead. I know the supporters can see how important he is to the team.

“We are delighted to have him back, and I am looking forward to working with him again in 2023.”

Noone recently joined Kevin Doherty’s side, and will remain at Head In The Game Park for the 2023 season.

Noone explained: “The half season I had here was brilliant, I loved every minute.

“The club, there’s a great atmosphere around the place between everyone, from the staff, to the fans, to the manager, to the players so it was a no brainer and I’m delighted to get it done.”

In the First Division, Galway United retained the services of midfielder David Hurley.

Hurley, formerly of Cobh Ramblers, will be hoping that he can help fire the Tribesmen to top-flight promotion next season.

League of Ireland: Confirmed signings in the Premier and First Division ahead of the 2023 season