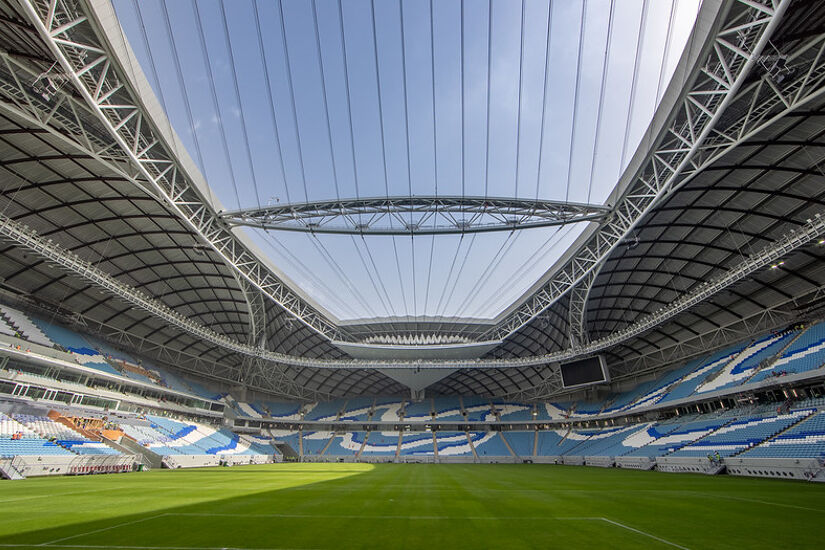 The first game of this World Cup to go to extra-time and penalties took place at the Al Janoub Stadium on Monday afternoon and after the usual quota of high drama during the penalty shootout, Croatia progress onto the quarter finals while brave Japan exit the tournament.

The first half of this game was fairly evenly balanced with Croatia having slightly more of the possession but not really making much use of it. Japan on the other hand were very inventive when on the ball and they seemed much sharper when they got the ball into the Croatian half of the field.

Their wingers, Ritsu Doan in particular on the right flank, swung in some delightful crosses that caused panic in the Croatian defence and Glasgow Celtic’s Daizen Maeda was unlucky on a number of occasions not to get on the end of one of these inviting crosses.

Croatia did create a few half chances themselves, the best of which fell to Bruno Petkovic on 25 minutes, but after getting a great through ball from Mateo Kovacic he hesitated and fluffed the chance to put them ahead.

Japan were lighting quick on the counter attack and they had a great opportunity in the 35th minute when Daichi Kamada got on the end of a flowing move but when he chopped the ball back onto his favoured right foot he then lifted his shot too high and it went harmlessly wide.

The Japanese side eventually got the opening goal that their performance deserved and not surprisingly it came from an in swinging ball from the right touchline. Japan worked a good short corner and when Junya Ito swung in the cross it fell to Maeda and he stabbed it past Dominik Livakovic for a well-deserved lead goal.

Croatia did not take long to cancel that Maeda goal however and they were level ten minutes into the second half. Centre back Dejan Loveren moved forward into an advanced attacking position and when he swung in a cross to the far post Ivan Perisic rose highest to power a header past Shuichi Gonda for a great goal.

Both teams had one other goal scoring chance in the second half but on both occasions the respective keepers pulled off top class saves.

Japanese midfielder Wataru Endo struck a sweet shot in the 57th that almost gave Japan an immediate response to Perisic’s equaliser but Livakovic did really well to palm the ball over the bar.

At the other end of the field Luka Modric sent a dipping shot towards the top corner of the net in the 62nd minute butGonda reacted quickly to divert it away for a corner.

The tempo dropped a lot in the closing stages of the match as both sides were reluctant to take any risks and even with four minutes of added time after the 90 minute mark neither side was able conjure up a goal and the game went to extra-time.

Japan’s only effort in the first period was a shot from the edge of the box by Brighton player Kaoru Mitoma that Livakovic batted away to safety.

The second period of time saw two jaded teams slug it out on tired legs with neither side able to prevent the lottery of penalty kicks that was the eventual outcome.

There are always villains and heroes in a penalty shootout and the villains on this occasion were the three Japanese players who failed to score from their free kicks. The hero was undoubtedly the Dinamo Zagreb goal keeper Livakokic who saved the efforts from Takumi Minamino, Kaoru Mitoma and May Yosida setting Croatia on their way to the quarter finals next Saturday.

The penalty score finished 3-1 in Croatia’s favour, they stick around for the last eight stage, Japan head home.

Alan Mannus on reasons for return to Rovers for 2023 https://t.co/qOlrR177d3 pic.twitter.com/wEgWivV3Wu